American Andrew Landry is one shot ahead of the pack at the halfway point of the CareerBuilder Challenge in California, with Seamus Power eight shots adrift on eight-under par.

Landry, 30, hopped above first-round leader Jon Rahm with a seven-under round of 65 in the Nicklaus Tournament Course to put him on 16 under for the tournament.

The Texan hit five birdies on the back nine - including one on the par-five 15th where he nailed a mid-range putt.

Power carded a six-under par round of 66 and is eight shots off the lead. The Waterford native, who shot 70 in his first round, picked up five birdies on the front nine and another at the par-5 11th.

Rahm followed his opening round of 62 with a 67 on Friday, starting strongly with three birdies on the front nine but wobbling after the turn with bogeys on the par-three 12th and par-four 14th.

Jason Kokrak, joint second after day one, now sits in third on 14-under, while Austin Cook dropped to joint 10th after carding a 70.

Defending champion Hudson Swafford is tied for 19th after carding a four-under round of 68, after a 66 to open the tournament.

Scotland's Russell Knox is the highest placed Briton, rising 54 places up the leaderboard into a tie for 10th with an eight-under round of 64 - five birdies coming on the front nine. 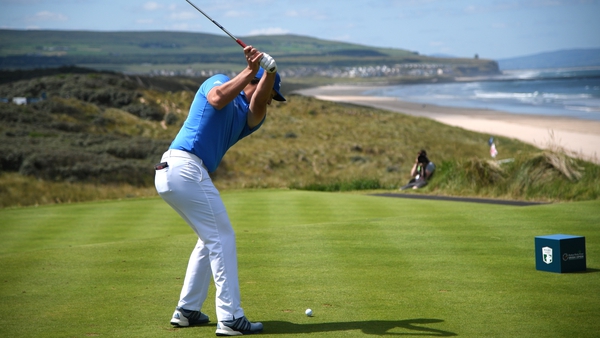 Rahm takes lead after first round in California