World number one Dustin Johnson holds a two-shot lead going into the final day of the Sentry Tournament of Champions.

The American fired a seven-under-par 66 on the third day in Hawaii to move to the top of the leaderboard, with compatriot Brian Harman his closest challenger.

Johnson's one blemish of the day came with a bogey on the par-three 11th but he immediately followed that by holing a 65-yard pitch for eagle on the 12th.

He had already picked up shots on the second, fifth and ninth and closed with further gains on the 14th and 15th and 18th.

Harman led at the turn, having tapped-in for eagle on the par-five fifth after going within inches of holing his second shot, but back-to-back bogeys on the back nine saw him slip back.

Harman recovered with successive birdies on the 14th and 15th and another gain on the last took him to 14 under.

Jon Rahm is a further two shots back after charging up the standings on the third day. The Spaniard gained five shots on his last five holes and matched Johnson's 66.

After two birdies on the front nine, Rahm picked up another at the 14th before a 232-yard approach to the par-five 15th helped him record an eagle, and he followed it with further birdies on the 16th and 18th.

Rickie Fowler's flawless 68 left him 11 under alongside fellow American Jason Dufner, who had four birdies and two bogeys on the front nine alone in a four-under 69.

Overnight leader Marc Leishman tumbled down the standings with a 76, dropping shots on the fourth, seventh, 10th and 13th, and now lies in a tie for 12th, one shot behind Jordan Spieth who is eight under for the tournament after firing 70 on Saturday. 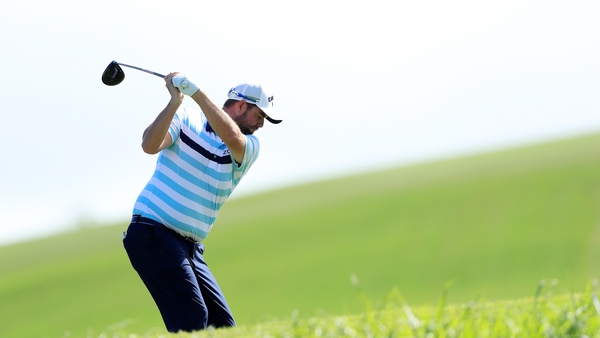