Paul Dunne’s recent run of results has seen the Irish golfer move into the top 80 in the world and is now officially Ireland’s secon-highest ranked golfer.

The Greystones native backed up his first pro win on the European Tour at the British Masters with a seventh-place finish at the Alfred Dunhill Links Championship at the weekend, 11 shots behind winner Tyrrell Hamilton.

The 24-year-old is now ranked in 80th place in the latest rankings, two places above Shane Lowry.

Dunne is now up to 13th in the Race to Dubai standings with overall season earnings of €1,390,364, and is the second highest ranked golfer behind Rory McIlroy, who remains in sixth position.

Graeme McDowell moves up two places to 142nd in the world, Padraig Harrington slips to 163rd, while Seamus Power is 290th in the latest rankings. 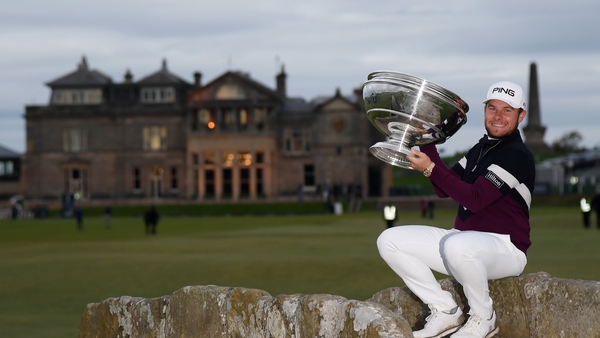