Tournament officials have defended their handling of the rules controversy which threatened to overshadow the US Open and provoked a storm of criticism from the world's top players.

Dustin Johnson carded a closing 69 at Oakmont to finish four under par, but only after being given a one-shot penalty following an incident which left players, officials and spectators unsure of his score with just seven holes to play.

The American had overturned a four-shot deficit to seemingly move two shots clear of the field before being told on the 12th tee that officials would review an incident on his fifth hole after the round.

Johnson had seen his ball move fractionally as he lined up a putt, but called in the referee walking with his group and was initially cleared of any wrongdoing before holing out for par.

News of the post-round review was met with anger and disbelief by scores of Johnson's fellow players, including the man he replaced as world number three, Rory McIlroy.

This is ridiculous... No penalty whatsoever for DJ. Let the guy play without this crap in his head. Amateur hour from @USGA

And as confusion reigned over whether Johnson was effectively one shot ahead, tied for the lead or even a shot behind, McIlroy added: "This isn't right for anyone on that golf course. If it was me I wouldn't hit another shot until this farce was rectified."

Fortunately for both Johnson and United States Golf Association officials, the challenge of Shane Lowry, Scott Piercy and Sergio Garcia faded in the closing stages and Johnson ensured any penalty would not matter with a stunning birdie on the 18th.

Jeff Hall, the USGA's managing director of rules and competition, defended the decision to tell Johnson about the review during the round, rather than taking a decision and either clearing or penalising the American.

"We were concerned about what we saw and felt obligated to have a conversation with Dustin about it, and the 12th tee presented the best opportunity to do that," Hall said.

"We told him that what we saw was a concern, but we also asked him a couple of questions; effectively was there something else that could have caused the ball to move?

"As we had that discussion, it became very apparent that we weren't going to get to a resolution there. We just wanted him to realise that we were concerned so that he could strategically make decisions that he needed to make for the balance of the round. It was clear we needed a further conversation, and the 12th tee did not seem to be the right place for that.

"Every situation has its own unique circumstances and we feel pretty comfortable with the process that we had to resolve this one. We did notify the other players before Dustin finished the 12th hole. We verbally advised each player what could happen so they had the same benefit as Dustin did.

"I think every situation is unique and you've got to review the facts and do the best you can. It's a tough situation, we did the best that we could and we feel pretty comfortable with the process that we had in place."

As for the penalty itself, rule 18-2/0.5 states: "If the weight of evidence indicates that it is more likely than not that the player caused the ball to move, even though that conclusion is not free from doubt, the player incurs a one-stroke penalty."

Hall added: "If you were to transcribe 'more likely than not' into a percentage, it's 51 per cent or greater. There's going to be doubt in these situations, but on balance, based on the evidence that we saw, we are comfortable that a one-stroke penalty was to be incurred.

"With the rules of golf, it's about getting it right and there are times when a decision has to be made and some will agree with it, and some will not. We had evidence that we had to act on. If you don't act on evidence that you have, I think it could be detrimental to the game. I really do." 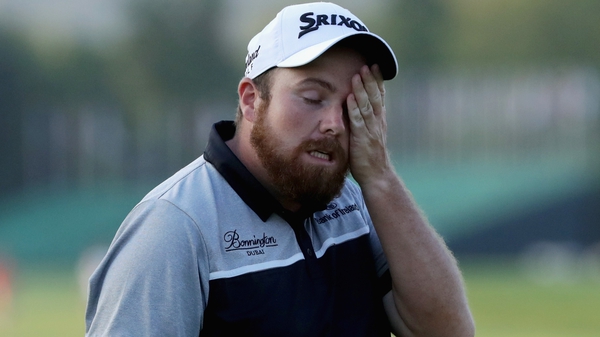