England's Matt Fitzpatrick will take a commanding lead into the final round of the Nordea Masters after repelling a spirited challenge from Nicolas Colsaerts in Stockholm.

Fitzpatrick took a three-shot lead into the third day at Bro Hof Slott Golf Club thanks to a flawless 65 on Friday, but saw that wiped out in the space of eight holes by playing partner Colsaerts.

Colsaerts, who has not won since victory in the Volvo World Match Play Championship in 2012 led to him being selected as a Ryder Cup wild card, birdied the fourth and sixth to close the gap as Fitzpatrick recorded a string of pars.

And the 33-year-old Belgian then moved into the outright lead thanks to a two-shot swing on the eighth, where he holed from 20 feet for birdie and Fitzpatrick failed to get up and down from short of the green.

However, Fitzpatrick instantly bounced back from only his second bogey of the week with a birdie on the par-five ninth and regained the outright lead with another two-shot swing on the 10th, the 21-year-old holing from 20 feet for birdie as Colsaerts bogeyed following a wild drive.

Fitzpatrick, who won his first European Tour title in the British Masters last year and was seventh in the Masters in April, then rolled in a hat-trick of birdies from the 13th and eventually signed for a 68 to finish 15 under par, five shots ahead of Colsaerts and defending champion Alexander Noren.

Peter Lawrie and Michael Hoey (pictured below) are the best of the Irish challengers. Lawries's 71 left him on two-under for the tournament, 13 shots off Fitzpatrick, alongside Ballymoney man Hoey, who cared a 74 to slip back two shots.

Paul Dunne failed to make the weekend after his 75 on Friday.

Fitzpatrick said: "I'm delighted. There's still a round to go and it's golf so anything can happen, but obviously it's nice to have played well today and hopefully I can take it into tomorrow. 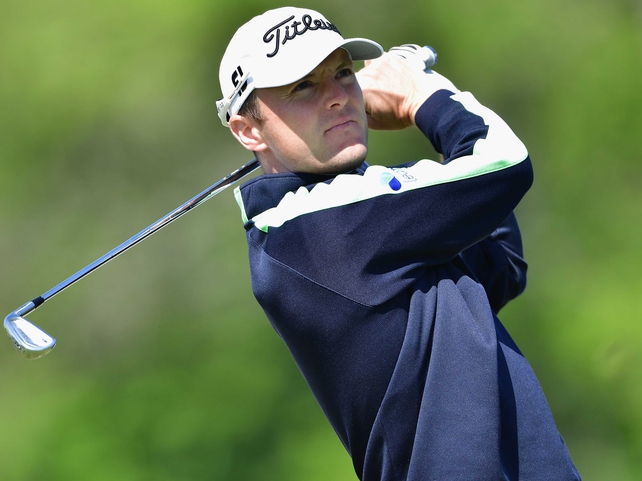 "It was a bit of a slow start, and I find the front nine more difficult than the front nine, especially in the wind. But I stayed patient and got my rewards in the end. It's one of the things I've learned since turning pro.

"It helps that the course is in such fantastic condition and the weather's been perfect. The greens are pristine and the way I've putted on them, it won't surprise you to learn I'm a big fan of them. I wish we could putt on them every week.

"The crowds have also been brilliant. There were a lot of people out there so it'll be interesting to see how many we get along tomorrow. I'm sure they'll be supporting Alex Noren because I'm playing with him in the final group, but hopefully there will be one or two cheering for me too."

Noren had looked out of contention when he followed a front nine of 33 with bogeys on the 10th and 11th, but then birdied the next four holes to reignite his challenge for back-to-back titles.

"I rode my luck at times today and got away with a few bad shots, but other than that I played really well, so I'm pretty happy," Noren said.

"I feel good, I've been working hard with my coach and my swing feels a lot better than it did for the last few weeks. So that makes me happy, and to have the chance going into the final day is a bit of a bonus really."

Lee Westwood's chances of a record fourth victory in the event look to be over after the former world number one carded a 72 to finish five under par, one ahead of home favourite Henrik Stenson.

"That's the best round I have played this week and I am quite pleased with a lot of things, but it could have been a lot better," Stenson said after a 70.

"There were maybe a couple of bad clubs in the middle of the round and I pushed too hard for a birdie on 15 and three-putted. When you are trying too hard, sometimes it can come back to bite you." 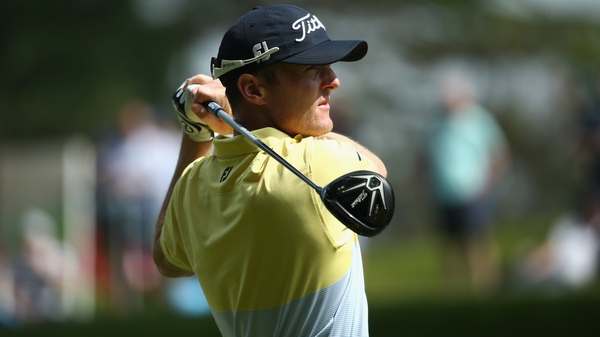 Michael Hoey in the mix after strong start at Nordea Masters