England's Chris Wood produced a record-equalling performance to claim the biggest win of his career in the BMW PGA Championship and get within touching distance of securing a Ryder Cup debut.

Wood carded a closing 69 at Wentworth to finish nine under par, a shot ahead of Sweden's Rikard Karlberg, whose 65 equalled the lowest score of the week and included a hole-in-one on the second.

The 28-year-old from Bristol started the day three shots off the lead held by Australia's Scott Hend, but raced to the turn in 29 to match the tournament record set by Masters champion Danny Willett on Friday.

And despite a nervy back nine of 40 he held on to earn the first prize of #637,000 and move into the automatic qualifying places for Europe's Ryder Cup side, as well as climbing from 54th in the world to a career-high position inside the top 25.

Graeme McDowell finished in a tie for 27th place on one under after an even-par final round of 72. The Portush man shot four birdies but a double-bogey seven on the fourth hole proved expensive.

Karlberg recorded an ace in the opening round of the Volvo China Open at the end of April and fittingly won an XC90 from the tournament sponsors which is built near his home city of Gothenburg.

There was no prize to be won for holing out with a nine iron from 154 yards on the second hole on Sunday, but it did kickstart a front nine of 30 and a brilliant final round which almost proved enough for victory as Wood wobbled down the stretch.

Willett finished third on seven under after a closing 71 which featured a double bogey on the third and an eagle on the fourth.

Speaking after his securing his third European Tour title, a relieved Wood told reporters: "It's huge, because my friends and family are here. It's amazing. To win in front of them was unreal.

"It's hard to win, as I've proved. I did not look at a leaderboard all day but when you are making lots of birdies on a tricky day you know you are there or thereabouts.

"On the 18th I had 196 yards to the front and I immediately thought six iron, but my caddie said 'Do you want to know the situation?'

"I said I'll put it in your hands and he said I'd like you to lay up. It seems silly hitting sand wedge, sand wedge into 18 but as soon as he told me to lay up, I knew probably five was enough. I can rest easy now and enjoy it now." 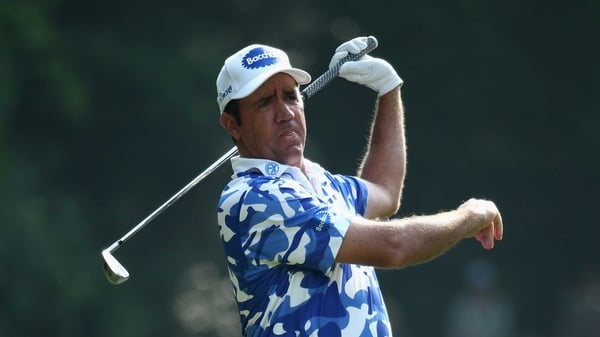