Sergio Garcia won the AT&T Byron Nelson in Texas on Sunday, matching the late Seve Ballesteros for most career victories by a Spaniard on the PGA Tour.

Garcia collected his ninth tour victory when he edged American Brooks Koepka in a playoff at the TPC Four Seasons in Irving.

"I won a bit a la Seve today. I wasn't really on," Garcia said in a greenside interview after finding two water hazards in the final round but still coming through to win.

Garcia carded a closing 68, while Koepka shot 71. They finished at 15-under 265, one stroke ahead of American Matt Kuchar.

The pair played the 18th hole, with Garcia carding a par four to take the trophy with Koepka double bogeying. 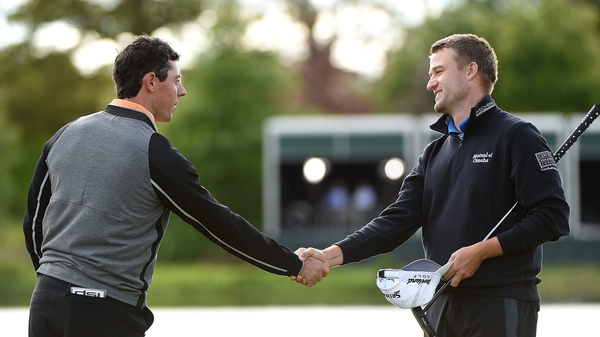