Offaly’s Shane Lowry wrote his name into the record books with a stunning burst of scoring in the Players Championship thanks to an "emergency" call to his coach.

Lowry was level par halfway through his opening round of the so-called fifth major at Sawgrass before storming home in a tournament-record 29 shots to card a seven-under-par 65.

The 29-year-old, who has recorded just one top-10 finish this season, holed from 35 feet for birdie on the 10th and chipped in for an eagle on the par-five 11th before picking up further shots from inside six feet on the 12th and 13th.

Lowry also birdied the par-five 16th and, after missing from 10 feet on the famous par-three 17th, made his final gain of the day from 12 feet on the 18th to finish two shots behind world number one Jason Day who equalled the course record with a flawless 63.

"Being honest, I was not very confident starting this week," said Lowry, who missed the cut in the Wells Fargo Championship last week.

"I had a bit of an emergency phone call with my coach this morning before I played. I just wanted to get some feelings off my chest. Things have not been going well and I did not feel comfortable on the golf course.

"I started okay today and then obviously got going on the back nine and it's always nice to shoot 29 at some stage."

Asked what his coach Neil Manchip had said, Lowry added on Sky Sports: "Just go out and try to play my game, pick some targets was the big thing and try to hit it at them. If it does not happen it's not the end of the world.

"That was the gist of it and it seemed to work today."

Lowry's 65 was matched by former US Open champion Justin Rose, Bill Haas and Cameron Tringale, with Italy's Francesco Molinari and Ernie Els among those on six under par.

World number three Rory McIlroy was among the later starters and carded an opening level-par 72 to sit tied 83rd alongside Graeme McDowell and Padraig Harrington. 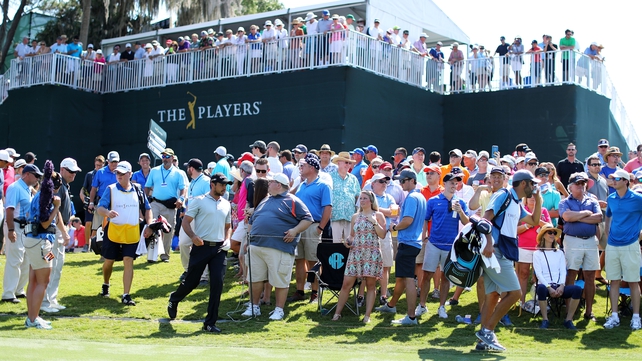 Starting on the back nine, Day began his round with three straight birdies and also picked up a shot on the 17th to reach the turn in 32, before covering the front nine in 31 with five birdies, matching the course record shared by Martin Kaymer, Roberto Castro, Greg Norman and Fred Couples.

Playing partner Jordan Spieth, making his first appearance since squandering a five-shot lead with nine holes to play in the Masters, had to settle for a 72 after taking five to get down from a greenside bunker on the par-five ninth, his final hole.

On a day of low scoring, former champion Martin Kaymer, Paul Casey and Russell Knox all shot 68, with Ian Poulter and Matt Fitzpatrick finishing three under and Masters champion Danny Willett a shot further back in his first tournament action since Augusta. 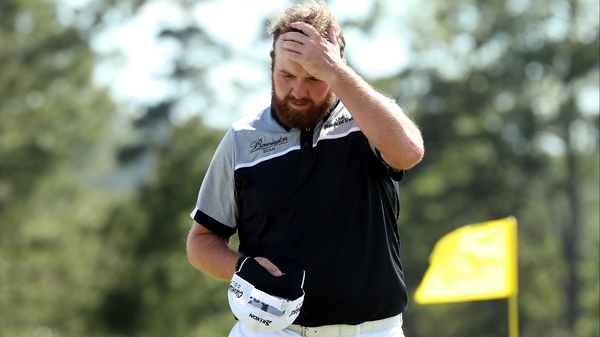 Shane Lowry still hopeful despite 'tough' second round at the Masters