Offaly's Shane Lowry blamed mental errors for a second round of 76 which dropped him down the leaderboard on a testing second day of the Masters.

Lowry carded three birdies, five bogeys and a double bogey on the 12th for a halfway total of 144, although that was still good enough for a share of ninth as play began to draw to a close on Friday.

"It was tough," said Lowry, who was joint second overnight after an opening 68.

"I didn't do myself any favours with the start I got off to, which was just purely a mental error on the first and second and all of a sudden I have two bogeys on the card.

"I felt like I fought really hard today and I was really disappointed to bogey the last because if I had been standing here one under I would have been really happy.

"I am still in a decent spot for the weekend depending on what the leaders do.

"You have to be mentally strong and tough and I managed to keep my head on quite well today and play some golf.

"(I am) A little disappointed with 76 but the two round total is good. It's up to me to do what I can tomorrow and give myself half a chance for Sunday."

Speaking about his double bogey on the 12th, the 29-year-old added: "I just tugged the tee shot on 12 and ended up in a bush. I dropped it in the bush and just got it out and then got up and down for five.

"It was actually a decent five in the end - there is no way I wanted to go back to that tee!

"There is an 80 out there today without doing much wrong. You have to fight and grind for every par and that is what I did today." 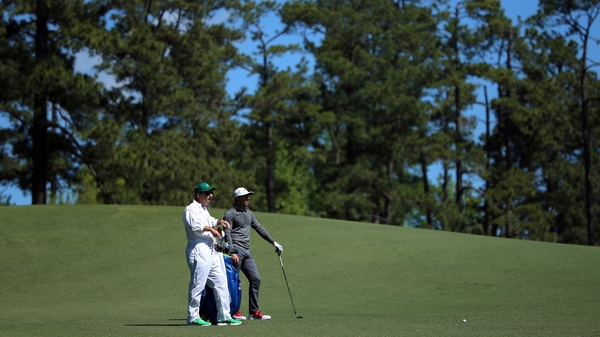 As it Happened: The Masters - Day Two