Only three hours of play was possible on Sunday in the Zurich Classic of New Orleans meaning play will go into Monday with the event shortened to 54 holes.

After play was suspended on Saturday due to heavy rain and wind, the players returned early on Sunday to try and catch up only for more inclement weather to wipe out any play after 10am.

With leaders Brian Stuard and Jhonattan Vegas, tied on 13 under, only five holes into the third round and more wet stuff forecast, PGA officials decided to make it a three-round tournament.

World number one Jason Day was four-under-par through eight holes to catapult himself into contention at 10 under. 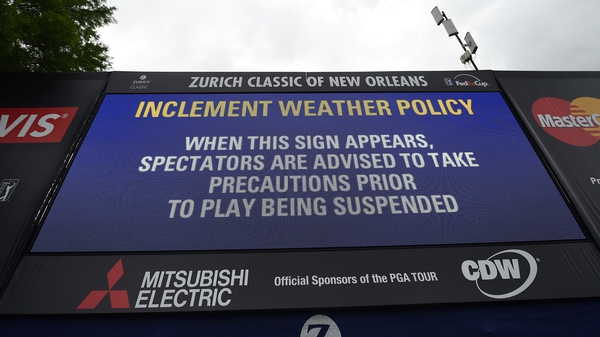