Brian Stuard is the second-round leader of the Zurich Classic with the third round washed out in New Orleans yesterday.

Stuard, chasing his maiden PGA Tour win, completed the six holes of his second round to card a four-under-par 68 before the heavens opened, preventing him from beginning the third round.

On 12-under at the halfway point he is one shot clear of Jamie Lovemark and Jhonattan Vegas, who were unable to get out on the course.

Jason Day is five shots back on seven-under and eyeing a title charge, with Rickie Fowler a further three shots back and most likely out of contention when play resumes.

With heavy rain and winds meaning that no player got beyond five holes in the third round and more on the way today, play looks set to stretch into Monday. 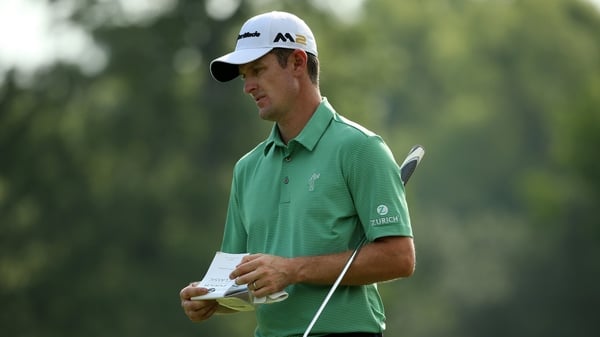 Rose in danger of being cut at delayed Zurich Classic