Charley Hoffman holds a one-shot lead at the halfway point of the Shell Houston Open.

The American, who was the first-round leader, carded a two-under-par 70 to move to 10-under, which might have been 11-under had he not bogeyed the 18th hole.

The conditions were far tougher than during the opening round as wind and rain caused trouble throughout.
Hoffman said on the PGA Tour website: "It was going a little shorter and some of those hazards you don't think are in play suddenly become more dangerous. People say about ball hitting but it's tough to putt in the wind."

Jamie Lovemark is chasing Hoffman, just a shot behind after he struck five birdies and one bogey in his 68.
Wales' Jamie Donaldson was the biggest mover as he was placed on eight-under when bad light brought a premature end to his round with three holes still to play.

The Ryder Cup player struck seven birdies to move 29 places up the leaderboard.

He is joined on eight-under by Chez Reavie, Dustin Johnson and Roberto Castro, with Castro also yet to finish his round.

Jordan Spieth had problems during his one-over 73 which saw him slip to six shots off the lead while Rickie Fowler is a shot better off at five-under.

Both Shane Lowry and Padraig Harrington won't be involved for the rest of the weekend after missing the cut.

Lowry carded a 73 to finish on one over, with Harrington posting a 78 that saw hi, slip to seven over. 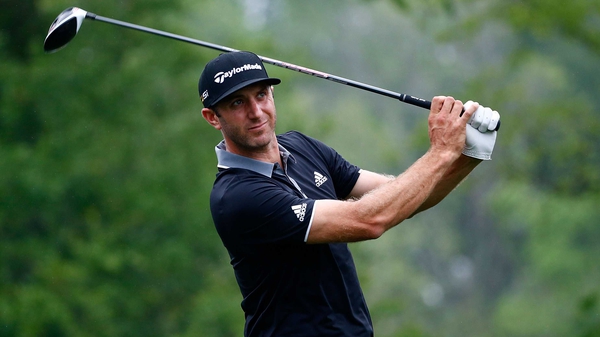 Power hitter Dustin Johnson one off the pace in Houston