Grand Slam-chasing Rory McIlroy will not play the traditional Par 3 contest on the eve of next week's US Masters because it is "just too much hassle".

The Northern Irishman described the relaxed nine-hole event as "a bit of a distraction" as he tries to land a fifth major and a first at Augusta to complete the set of all four of golf's main titles.

The 26-year-old last skipped the Par 3 contest in 2011, the year he led the Masters by four shots going into the last day before collapsing to a final-round 80 to finish 15th.

"The year I had my best chance at Augusta, 2011, I didn't play the Par 3 contest so maybe the decision not to play it this year can work in my favour," the world number three said.

McIlroy had One Direction singer Niall Horan as his guest caddie last year and his then-fiancee Caroline Wozniacki did the job in 2014.

McIlroy went to Augusta last year amid a frenzy of hype surrounding his first chance to complete the grand slam and he finished a career-best fourth, six shots behind champion Jordan Spieth.

This year he has opted not to visit Augusta for a scouting mission ahead of the tournament and will arrive on Sunday evening ready for practice rounds on Monday, Tuesday and Wednesday.

"Compared to a year ago and all the hype of winning the Grand Slam, I already feel a little more mellow and a lot more chilled," he told Sky Sports.

McIlroy reached the semi-finals of the WGC-Dell Match Play in Texas on Sunday, but last won in November 2015 and has been overshadowed this year by a number of his rivals at the top of the rankings.

Australian Jason Day, who beat defending champion McIlroy in Austin to go back to world number one, won the Match Play the week after clinching the Arnold Palmer Invitational.

His compatriot Adam Scott, who clinched the Masters in 2013, has won twice in 2016 while double Masters winner Bubba Watson and defending champion Spieth have also triumphed this season.

"There's a lot more going on around others competing in the Masters this year already than the spotlight I found myself in a year ago," added McIlroy, who won the US Open in 2011, the British Open in 2014 and the US PGA in 2012 and 2014.

Only five players - Gene Sarazen, Ben Hogan, Gary Player, Jack Nicklaus and Tiger Woods - have won all four of golf's modern majors since the U.S. Masters was introduced in 1934.

The Masters takes place at Augusta National, Georgia, from 7-10 April. 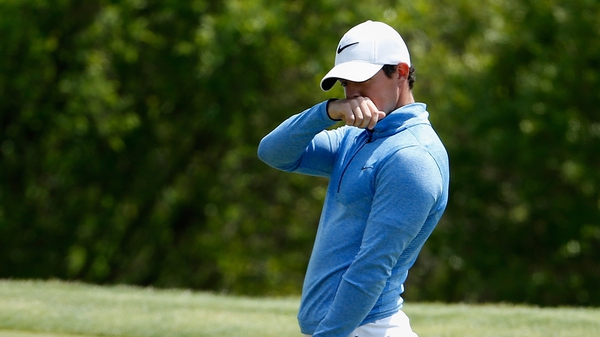