Rory McIlroy says he will take positives out of the WGC-Dell Match Play ahead of the upcoming Masters after eventual winner Jason Day got the better of the defending champion in the’s semi-final.

Second seed Day, the 2014 champion, beat McIlroy one-up at Austin Country Club to book a place in the final where he went on to beat Louis Oosthuizen 5&4.

Day sank a 12-foot par putt at the final hole to close the door on McIlroy, whose seven-footer for par became a moot point.

Day, who will now assume the world number one ranking, lead by one at the last. The Australian pushed his drive and got lucky when his ball ended next to a tree, but afforded him a full swing from where he was able to advance to ball into greenside rough.

He chipped to 12 feet and then coaxed in the putt to close the door on McIlroy.

"I thought it was a good quality match. If I have to look back on it there were a couple of opportunities around the third and fourth where I did not convert and then not birdieing 12 or 13 was the real downfall,” a disappointed McIlroy told Sky Sports.

"Losing 12 and 13, I think the catalyst for that was that shift in momentum on 11 and I never really recovered. To go two down I knew I had an uphill battle on my hands and Jason was not giving me anything.

Jason Day defeats Rory McIlroy on the final hole to advance to the finals. pic.twitter.com/IA2LDCfy2b

"I made a couple of birdies in the last five holes but it just was not good enough. I feel like I played well, did not make a bogey out there and I did not hand him anything, but obviously disappointed I am not in the final."

On the positive front, McIlroy felt the whole week had been "very valuable" preparation for the Masters, adding: "I was saying coming into this week that no matter if I play three, six or seven rounds, playing match play and feeling like you are in contention every time you step on the first tee is a great feeling and something you can't replicate in practice.

"The week has been very positive overall; I wish I would have been able to get one more win under my belt, but I am very happy with my game going into Augusta."

Day admitted he was “very pleased” to get past the Irish golfer.

"I was really nervous over that putt. It's great to experience those things. I'm going to take experience that I've had today against Rory into the future. 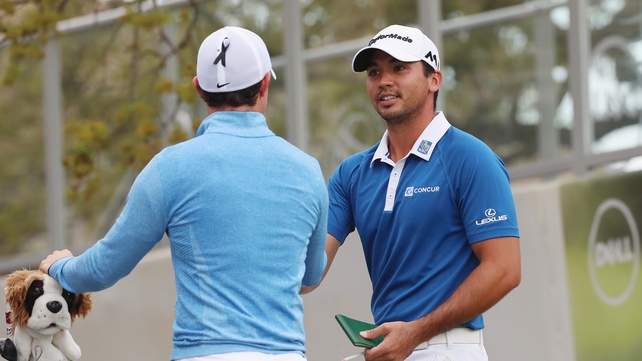 "It's great to have a shot at winning this tournament. I would have been a little bit disappointed going through all this stuff and not having a chance of winning."

In the other semi, Oosthuizen made only two birdies, but that was enough to dispatch the out-of-sorts Cabrera-Bello, whose putting touch went missing.

"He wasn't playing really well," Oosthuizen, the 2010 British Open champion, said. "I lost a bit of focus on eight and nine, make stupid mistakes. Other than that I hit a lot of greens.

"I could see he was not playing well so I just wanted to hit greens, put pressure on him and make sure I made pars. I'm proud of the way I'm doing so far, so looking forward to this afternoon." 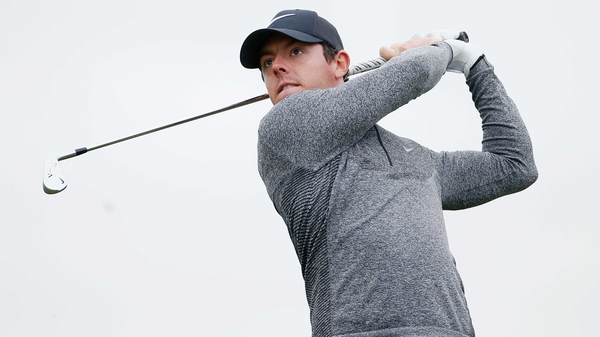