Bill Haas held a one-shot lead going into the final round of the Valspar Championship after shooting a four-under-par 67 at Innisbrook.

The American carded five birdies and one bogey, just as he did in his second round, to move on to eight under for the tournament and sit just ahead of Graham DeLaet of Canada, who went round in 68.

DeLaet was level par through 13 holes before an eagle at the par-five 14th and a birdie at the 16th lifted him right into contention.

Charley Hoffman and Ryan Moore were in a tie for third two shots further back on five under.

Hoffman shot a 67, a bogey at the last denying him a flawless round, and Moore a 69.

Patrick Reed, Charles Howell III and Steve Stricker were in a three-way tie on four under, one shot clear of South Africa's Charl Schwartzel.

World number one Jordan Spieth was one of 10 players on two under after enjoying his best round of the tournament so far, a 67, which included two birdies and an eagle at the 14th.

Lee McCoy was also on two under after the best round of the day, a 66. And it could have been even better as he lay on seven under for the day with three to play, but a double bogey at the par-four 16th saw him drop back.

Padraig Harrington stands at three over after a level-par round of 71. 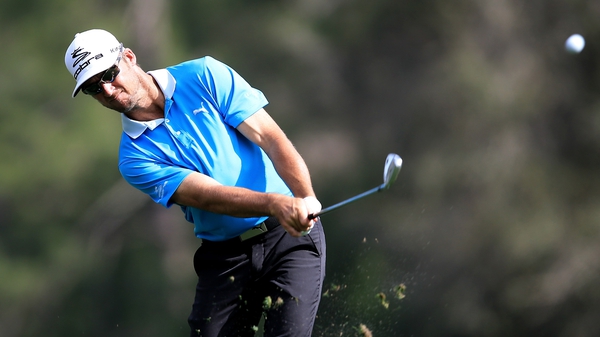