Jordan Spieth holed out three times from off the green to banish any thoughts of missing the cut in the second round at the Valspar Championship in Florida on Friday.

The defending champion, in danger of an early exit after an opening 76, bounced back with a three-under-par 68 on the Copperhead Course at the Innisbrook Resort in Palm Harbor.

World number one Spieth made a poor start to his second round, running up a bogey six at the opening hole after yanking his drive into an unplayable lie.

But it was nearly all positive after that as he compiled five birdies to go with just one more bogey, twice chipping in and once using his putter to hole out from the fringe.

"Today was all about the cut," a relieved Spieth told reporters.

"I actually did pretty well to make six (at the first hole). I thought it was really strong what we did after that. For the first 20 holes to be at six-over and we finished at two-over, (there are) only positives going forward."

Spieth also expressed disappointment at the PGA Tour for posting a quote, since deleted, on their Twitter feed after the first round.

The quote - "what good is kicking the door other than hurting my foot (and having) to withdraw" - sounded innocuous enough, but Spieth thought that in isolation it made it seem as though he was unfazed whether he played the weekend.

"I was a little upset," he said. "It made it seem like I was OK with getting hurt and withdrawing. I was frustrated with that."

Atop the leaderboard, meanwhile, were part-time player Stricker and the quotable MacKenzie set the halfway pace at five-under 137, one stroke ahead of fellow American Daniel Berger and Canadian Graham DeLaet.

Stricker, 49, who spends more time deer hunting than playing golf these days, jump-started his round when he bagged an eagle from 150 yards at the par-four 10th.

"I just hit a good solid seven-iron and it turned right in there," said the 12-times PGA Tour winner.

"You don't expect shots like that to go in but definitely take it and propelled me to have a good backside."

"Thus far my season's been totally awful but I'm over it," he said.

Graeme McDowell bogeyed three of his last five holes for a three-over-par 74 on Thursday. He improved on that by two shots in his second round but still sat on four-over overall, outside the projected cut of three-over-par.

Padraig Harrington followed up his first-round 74 with a level-par 71 to sit on three-over for the torunament, while Darren Clarke shot a second sonsecutive six-over-par to lie on 12-over, way outside the cut mark. 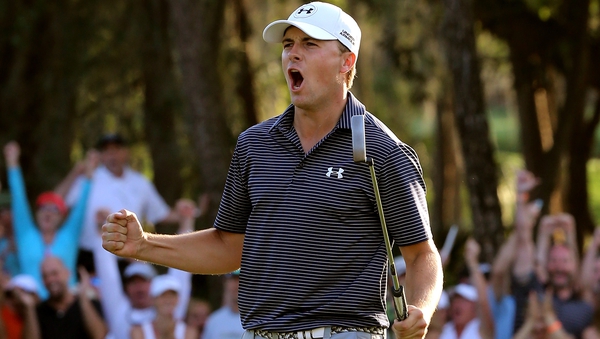