Defending champion Rory McIlroy had no complaints about an opening 68 in the Omega Dubai Desert Classic after making amends for his mistakes with some characteristic flashes of brilliance.

Starting on the back nine at Emirates Golf Club, McIlroy had to hole from 15 feet for bogey on the 10th after finding a greenside bunker with his approach and watching his recovery attempt roll off the green and back to his feet.

The world number two also did well to scramble a bogey on the second after hooking his tee shot deep into the trees and failing to find the fairway with his second shot, but fired six birdies to finish four under par, two behind clubhouse leader Alex Noren of Sweden.

"I thought I did well considering the start and some of the shots I hit throughout the round," McIlroy told Sky Sports.

"I felt like 68 was probably a fair reflection of how I played. It wasn't the best way to start, bogeying a par five, and the bogey I made on the second hole, which is a birdie hole out here... but to bounce back and to birdie some of the tougher holes on the course, I was really pleased with that. And when I got myself out of position I was able to get back in play and make my pars.

His last 9 opening rounds at #ODDC.

"I don't feel I could have really gone any lower than that but at the same time I gave myself enough chances to make some birdies. All in all it was a decent day, a decent score, especially looking at the conditions this afternoon; it looks like it's going to be quite tricky out there."

Graemem McDowell was just a shot behind his compatriot after a 69, while Ryder Cup captain Darren Clarke had held the outright lead after 13 holes, before playing the remaining five in five-over to card a disappointing 71.

McIlroy started his recovery on the par-five 13th, the four-time major winner cutting his approach from 219 yards around a palm tree on the edge of the fairway and finishing just 10 feet from the hole.

The 26-year-old missed the eagle putt but tapped in for birdie and holed from eight feet for another on the next before completing the back nine in remarkable style.

McIlroy's 329-yard drive ran through the dogleg and into a water hazard, but after taking a penalty drop he fired a long iron to seven feet and calmly holed for birdie.

A bogey on the second was followed by birdies on the third, fifth and sixth, the latter coming from a matter of millimetres after a brilliant approach from 200 yards stopped on the edge of the hole. 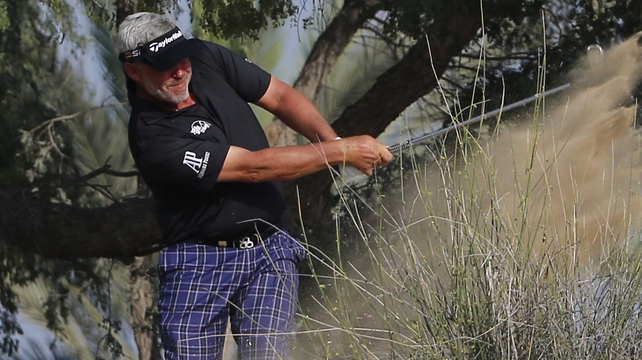 McIlroy was part of an eight-way tie for sixth which also included three-time champion Ernie Els and the English trio of Chris Wood, Graeme Storm and Simon Dyson.

Els blamed a rib injury for finding water on the 18th to card his only bogey of the day, but was delighted that a change in putting technique has cured the "yips" which had been severely affecting his game.

"I went through a very tough spell, I think everybody saw that," said the four-time Major winner, who admitted to having the "heebie-jeebies" over short putts. "I'm kind of starting to rekindle my love for putting again and the rest of the game has always been there, so I feel like I can still do something.

"I've been struggling with this rib injury this week and on the longer shots, when you have to stay wide, I really find it tough. The rib kind of catches there and throws the club inside and that's what happened (on 18). I only had 230 (yards to the green), so I had to go for it. Wasn't a good swing, and wasn't a good result." 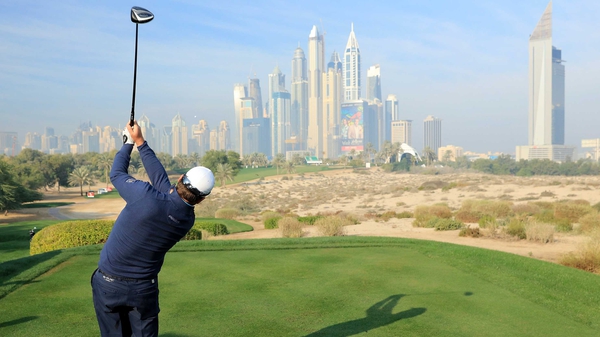 Graeme McDowell: Mexico victory has freed me up to make Ryder Cup push