Graeme McDowell has said his OHL Classic victory back in November has "taken the pressure" off and freed him up to make a serious push for Ryder Cup selection.

McDowell won his first PGA Tour title since April 2013 with victory at the first play-off hole in Mexico last November.

It ended a barren run for the Portrush man that stretched back to the 2014 French Open and he admitted it's changed his priorities for the year ahead.

“I think winning in Mexico enables me to take the pressure of myself a little bit," he said on the eve of this week's Omega Dubai Desert Classic.

"It allows me to focus on both sides of the Atlantic. At one point I thought to myself, 'I'm going to have to focus either on Europe or America here and make sure I have some playing status somewhere if I continue to not play well', so that win really took the pressure off me in America.

"Hazeltine is going to be fairly crazy and the Americans seem like they're fired up for it."

"I can concentrate more on Europe and make sure I get myself on the Ryder Cup team.

"The Ryder Cup is huge. With Darren [Clarke] as the captain and... Rory, I'll be trying to add my name there an play my fifth Ryder Cup.

"My four Ryder Cups have been very special in my heart, the best experiences of my career and I want to play a few more. Hazeltine is going to be fairly crazy and the Americans seem like they're fired up for it so I want to be there and feel that."

McDowell praised the changes that have been made to the Emirates Golf Club again, as he looks to make hay on a course he feels plays to his strengths.

“It’s always been my favourite tournament in the Middle East. It’s really evolved this golf course. I love what they’ve done, deepening the bunkers, the run-off areas.

"It’s nearly starting to feel kind of linksy European out there, and has less of that lush American feel to it. The greens are very fast. This golf course is always quite a good set-up for me, the best of the four Middle East courses we play as far as I’m concerned." 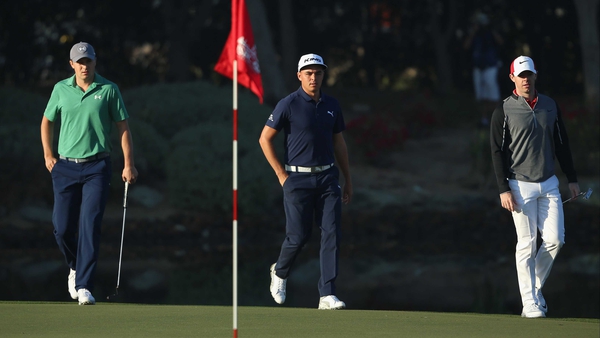