Matt Kuchar and Harris English once again thrived at the Franklin Templeton Shootout as they took a first-round lead in Naples, Florida.

The American pair won the tournament in 2013, by a record seven-stroke margin, and were second last year at the Tiburon Golf Club.

Their 14-under-par tally in the first round - played under the scramble format, with each team allowed to choose their better ball after each shot and play from there - earned them a one-stroke lead over two other pairs.

Ten birdies and two eagles saw English and Kuchar to a career 45-under-par record in the scramble format in their three years at this tournament.

Northern Ireland's Graeme McDowell and his American playing partner Gary Woodland shared second spot with Billy Horschel and Hunter Mahan, with Cameron Tringale involved in a tie for fourth as he bids to defend his title.

Tringale won last year's event alongside Jason Day but, after the Australian withdrew following the birth of his daughter, is partnered this year by Camilo Villegas. They were 12 under for day one, as were Daniel Berger and Charlie Hoffman.

JB Holmes and Patrick Reed shared sixth place with Jason Dufner and Brandt Snedeker while Charles Howell III and Rory Sabbatini were eighth on 10 under.

Retief Goosen and Danny Lee were a further shot back, with Patrick Rodgers and Open Champion Zach Johnson at eight under and the remaining two pairs - Sean O'Hair and Mike Weir, and Kenny Perry and Steve Stricker - propping up the field at seven under.

The event is played over three days with differing formats for each round. Friday's round will be played using a modified alternate shot format, followed by better ball on Saturday. 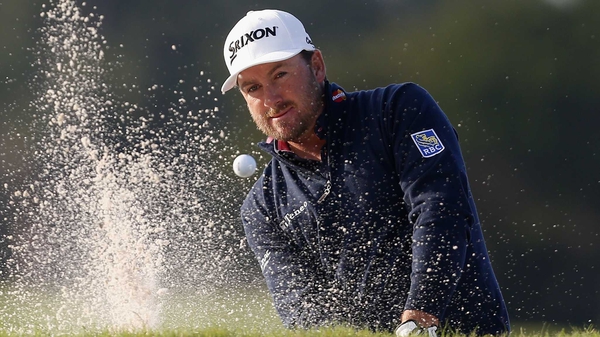