The South African surged into to a five-shot lead after the second round of the Alfred Dunhill Championship in his native country on Friday.

The 18-hole course on the border of the Kruger National Park has wild animals roaming its fringes and crocodiles and hippos lazing in the water features.

It has long been among Schwartzel's favourites and the former US Masters champion dominated on Friday as he completed his first round with a 66 and then shot 67 in the second for an 11-under-par total at the halfway mark.

It put him well clear of the chasing pack in the first event of the 2016 European Tour.

The 31-year-old, who has won three times at Leopard Creek, was out at 6.30am local time to complete his first round with a birdie on the 18th after a thunderstorm suspended play late on Thursday.

Then, after a swift turnaround, he birdied six holes for a second round 67.

"I kept giving myself chances all day. I had good control of the irons and if I can fire up the putter, I can shoot even lower," Schwartzel said.

Ireland’s Kevin Phelan was on three over with Paul Dunne a further shot behind after two rounds, well outside the cut.

The conditions on Friday were windy and in contrast to the sweltering heat of the previous day when the golfers had to contend with temperatures close to 40 degrees.

Englishman Eddie Pepperell shot the best round of the day with his 65 taking him to five-under.

Overnight leader Christiaan Basson, who hit an opening round 64, slumped to a 76 on the second day and is now four under, seven shots behind Schwartzel.

Louis Oosthuizen, the highest-ranked player in the field at 15, missed the cut after shooting 76 in the second round. 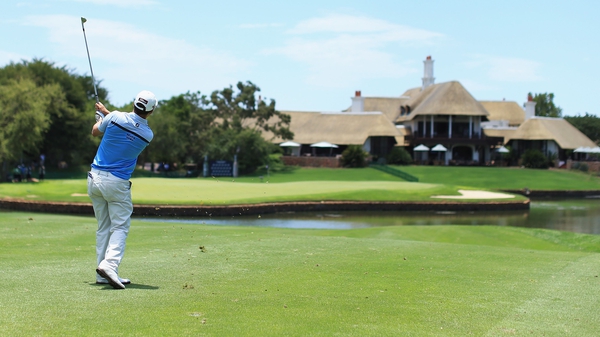