Home favourite Christiaan Basson put his more famous compatriots in the shade as he led the challenge after the first round of the weather-affected Alfred Dunhill Championship in South Africa.

Major winners Louis Oosthuizen and Charl Schwartzel were joined in the field by defending champion Branden Grace, but they all trailed fellow South African Basson at Leopard Creek in the opening event of the 2016 season.

Basson shot an error-free 64 to lie on eight under par and lead Schwartzel, England's Matt Ford and Zimbabwe's Mark Williams by three shots.

Schwartzel was one of 39 players still to finish their rounds when play was suspended due to bad weather. He had the 18th to play.

Kevin Phelan was best of the Irish, his two-under-par 70 leaving him in a tie for 23rd spot.

A week after securing his tour card, Paul Dunne is just off the projected cut mark on one over but a triple bogey on the par-4 first hole and a double on the sixth left Peter Lawrie struggling on seven over following a 79.

Schwartzel, who has finished second four times at Leopard Creek, started with two birdies and a third at the sixth put him in a strong position.

Bogies at the seventh and eighth slowed his progress, but further birdies at the ninth and three in a row from the 14th got him right back in contention before the threat of storms brought a premature end to his round.

Sweden's Niclas Fasth, playing his 500th European Tour event, was in a group of seven players on four under as he included an eagle, four birdies and two bogeys in his round.

Oosthuizen carded an opening 70 and Grace a 71, with play due to resume on Friday at 0630 local time. 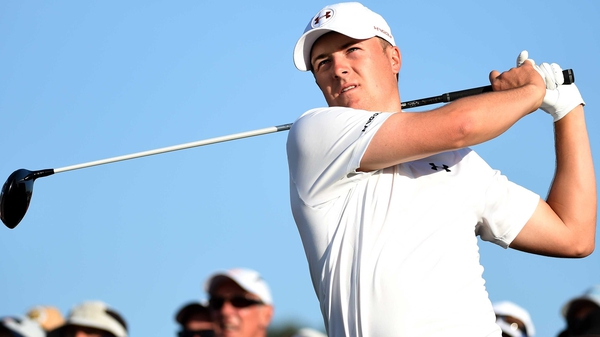 Jordan Spieth and Darren Clarke blown off course in Sydney