Olesen carded a final round of 71 on the Old Course to finish 18 under par, two shots ahead of American pair Brooks Koepka and Chris Stroud.

Ireland's Paul Dunne, Shane Lowry and Graeme McDowell finished tied 19th on 12 under after final rounds of 70, 67 and 70 respectively.

Olesen discovered a tendon problem in his left hand over the winter but battled on for four events - missing the cut in the last three - before undergoing surgery after his last appearance in Malaysia at the start of February.

The 25-year-old lost a play-off to George Coetzee in Mauritius in his first tournament back but had made the cut in just three of his 13 strokeplay events since, while also losing in the first round of the Paul Lawrie Match Play in Aberdeen. 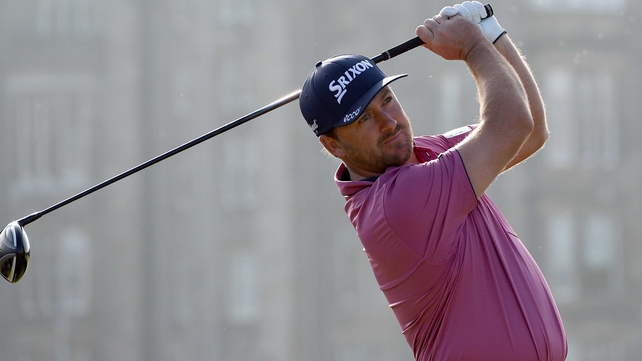 That meant he came into the week a lowly 124th on the Race to Dubai, with just the top 110 retaining their cards at the end of the season, but the £525,000 first prize and exemption until the end of 2017 has solved all his problems.

"It's very special, I'm very emotional right now," Olesen said on Sky Sports 4. "It's been a very tough year and to stand here with this trophy is unbelievable, especially to win it on St Andrews. It's something you dream of when you are a little kid."

Olesen took a three-shot lead into the final round, but followed a birdie on the first with a double bogey on the second and another dropped shot on the third.

The Dane steadied the ship with a birdie on the fourth and reclaimed the lead with a two-putt birdie on the par-five fifth, but was caught once more when Hebert and Aphibarnrat both birdied the 11th and 12th.

Hebert and Aphibarnrat effectively dropped out of contention with consecutive bogeys on the 13th and 14th, before Olesen took a massive step towards the title on the 15th.

The world number 155 was disgusted with his approach to the green but holed from 50 feet for an unlikely birdie and the cushion of a two-shot lead over Koepka, who had to settle for a closing 67 after narrowly missing a birdie putt on the 18th.

Speaking about his shaky start, Olesen added: "Luckily enough I have tried it before. When I won my first one (the 2012 Sicilian Open) I started off badly also, so I was very patient out there.

"The conditions were quite tricky because it was quite cold and there was a little breeze, but I kept on being patient and holed that amazing putt in 15 which gave me a little bit of room.

"All the hours I have put in this year has paid off and all the people behind me, coaches, family and friends; I want to give them a big thank you."

Koepka, who partnered his father in the pro-am team competition, said: "The conditions were pretty tough, so 67 was fine. Just not quite good enough.

"It's a difficult course when the wind blows, especially in this direction. The finish from 13 on is hard. Overall I played pretty well but just came up a little bit short."

Stroud, who finished 116th on the PGA Tour money list this season, birdied the 18th to complete a closing 68 and claim a share of second on his tournament debut.

"I can't imagine anything better than this," he said. "At the original place of golf, right here in the Home of Golf, this is pretty special. I had an incredible time. I can't believe how lucky we got with the weather and to birdie the last hole like that, it's awesome.

"I am very excited that I was able to (finish second) after coming off such a weak year on the PGA Tour." 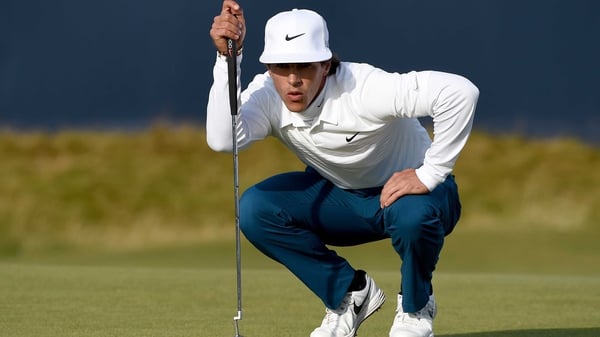