Thorbjorn Olesen took command of the Alfred Dunhill Links Championship, and impressed Ryder Cup captain Darren Clarke too, with a superb third-round 65 at St Andrews to leave him on 17-under-par.

Ireland's Paul Dunne shot 72 at Carnoustie as his challenge faded. The Greystones man now sits seven shots off the leader on 10-under.

Playing alongside European skipper Clarke, Olesen carded eight birdies and one bogey on the Old Course to leave him three shots ahead of Germany's Florian Fritsch, with France's Benjamin Hebert another shot back.

"It's great," Olesen said of his position. "I was close once before, finishing second in this tournament (in 2012). I know this golf course pretty well and I know how it is to be up there is in this tournament so hopefully tomorrow I can go out there and find a few birdies and see if I can get over the line."

Olesen, who bogeyed the first hole but birdied four of the next seven and four of his last five, discovered a tendon problem in his left hand over the winter but battled on for four events - missing the cut in the last three - before undergoing surgery after his last appearance in Malaysia at the start of February.

The 25-year-old lost a play-off to George Coetzee in Mauritius in his first tournament back but has made the cut in just three of his 13 strokeplay events since, while also losing in the first round of the Paul Lawrie Match Play in Aberdeen. 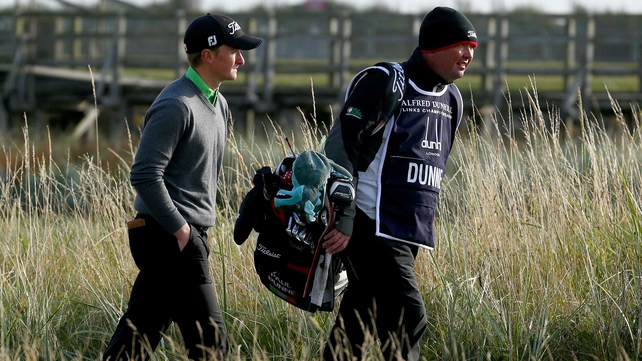 That meant he came into the week a lowly 124th on the Race to Dubai, with just the top 110 retaining their cards at the end of the season, but a third European Tour title would solve all his problems.

"After I holed the first long putt I felt really comfortable on the greens and the putter got really hot in the end," Olesen added on Sky Sports 4.

Fritsch is just below Olesen on the Race to Dubai and admitted that influenced his play before storming home in 30 to record a flawless 64 at Kingsbarns, playing his last seven holes in six under.

"Definitely at the beginning I was probably a bit more worried about maybe making the cut because this is a very big tournament, especially for me with the money that can be won and the position that I'm in," Fritsch said.

"A couple of choices were made due to that situation over what I would probably usually do but that's what tournament golf does to you at times. I got more and more comfortable towards the end.

"The golf course is very open. You can't really lose a ball and that is definitely something that I enjoy and I guess most golfers like. It loosens you up despite the situation."

Sweden's Joakim Lagergren carded a brilliant 62, the lowest round of the day, at Kingsbarns to finish 12-under alongside Kiradech Aphibarnrat, Bradley Dredge and Chris Stroud, with four-time major winner Ernie Els part of a six-strong group on 11 under.

Els carded a 66 at St Andrews and was able to laugh about suffering an attack of the dreaded 'yips' over a short putt in his opening 72 at Carnoustie on Thursday.

Footage of Els missing from a matter of inches went viral on the internet and the 45-year-old admitted: "I don't even want to see it.

"I knew what it felt like and it was a thing of disaster, so I went to my other putter, a shorter putter where all the weight is in the head and I feel I can get the putter head through to the ball easier. The other one just didn't want to move past the ball.

"If anybody has ever seen the yips, that was the perfect yip stroke. In the game of golf, you're going to do some silly things when you play it long enough and I had my moment there. Hopefully I won't have too many of those again."

Joint overnight leader Jimmy Mullen, making his professional debut after starring in last month's Walker Cup, could only manage a 74 at Carnoustie to drop eight shots off the lead, one behind his GB&I team-mate Dunne. 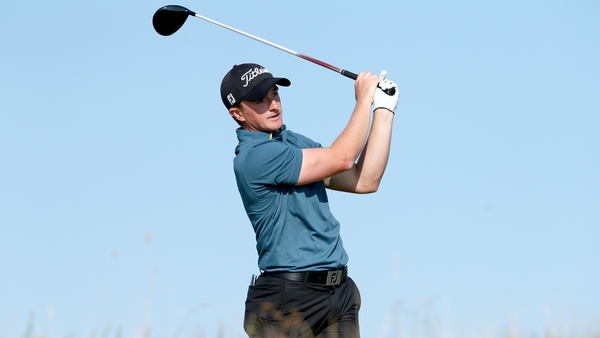 Paul Dunne one shot off lead at Dunhill Links