At 21 years of age, Jordan Speith has apparently done more homework on Augusta than many players have done in a lifetime. A lot of that work has come about from a very close relationship with his mentor, two-time Masters winner, Ben Crenshaw.

Crenshaw, like Speith, is a Texan and he has imparted a lot of his knowledge to the young pretender about what to expect at Augusta.

That seems to have helped the half-way leader because Spieth is putting these greens like a complete veteran.

He is a naturally strong grinder. In other words he gets the very best out of the talent he has - and he has a huge amount of talent.

It's not the same sort of talent as a Rory McIlroy or a Dustin Johnson and it's not a pure ball-striking talent. He has enough long-game talent to get the job done in that regard.

He also knows his limitations, when we saw him lay up on 13 and 15 in the back nine in round two on the way to making birdies. There's a touch of Zach Johnson about that, who in 2007 famously laid up on all the par fives and covered them in 11 under.

Spieth has something special. He is ranked fourth in the world. He has had form coming into Augusta and that has continued.

Spieth was a runner-up in the Masters last year, aged 20 and led after seven holes of the final round. He made bogeys on eight and nine, where Bubba Watson made birdies. There was a four-shot swing. It was a bit of a shock to Spieth and he never recovered. But he's a far more mature player now and he seems to be a maturing at a serious rate. As one of my colleagues said: ' he seems to have a 30-year-old head on a 21-year-old shoulder.'

His pedigree as the world's number four-ranked player; his deep knowledge of Augusta and the experience of finishing runner-up last year means that he is probably going to hang around at the top of the leaderboard all the way to the finish. It's whether someone catches him. I don't see Speith falling back very much.

Who can catch him?

You feel that if the explosiveness of Johnson's game, which we saw with the three eagles that he made in round two, can be repeated in a burst of nine holes to get him from seven off the lead to three off the lead then he really can challenge.

There are still 36 holes to play. A long way to go. We saw back in 1996 an 11-shot turnaround on the last day when Nick Faldo outscored Greg Norman by 11 strokes in the space of 18 holes.

So if you include everybody all the way back to Rory McIlroy and Tiger Woods on two under, then many are still in with a chance. It is dependent on Spieth doing something atypical, which is falling back. It doesn't look like that is going to happen.

Phil Mickelson at six under has such nous around Augusta with three victories. If he shot a 63, 64 or 65 today and Speith shot a round in the high 60s or low 70s than that would bring Mickelson back into contention.

An awful lot can still happen on moving day just as long as Spieth doesn't shoot another 66.

In second place is Charlie Hoffman (five behind) and he is a hot streak sort of player. He has three tournament victories and because of that you would have to think that he can get the job done.

What of the Irish who made the cut?

Rory McIlroy on two under. We saw an extraordinary fightback from a front nine of 40 to back nine of 31. He can shoot a 65 around here but he isn't at the moment firing on all cylinders. The game is not flowing.

It was good performance by Darren Clarke to make the cut (+1). He accepts that he wants to remain relevant as a European Ryder Cup captain and he certainly has achieved that here.

Graeme McDowell (+1) is looking to have his best Masters finish. He's never finished better than 12th and has only made two cuts before and is targeting a top 10 finish this week. 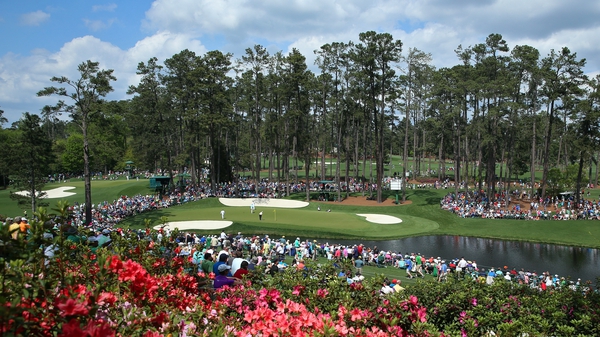