Hometown boy Jimmy Walker held his nerve to close out victory at the Valero Texas Open at TPC San Antonio.

The Ryder Cup player added to his Sony Open title this season and three PGA Tour victories in 2014 as a closing 70 maintained his four-shot overnight lead.

Jordan Spieth was second on seven under, having perhaps left his run too late before finishing with four birdies in the last five holes.

Walker birdied the par-five second when he laid up short of the green, pitched on and holed a straight eight-foot putt - though he gave the shot back at the fourth.

"And Jordan... holy cow! I'll be having nightmares about that guy!"

Another bogey at the seventh was off-set as he pitched stone-dead from an awkward bunker stance at the next, and he birdied 10 as well before dropping a shot at 12.

Playing partner Spieth made a late bid to exert some pressure with birdies at the 14th - via a 45-foot putt - and 15th and when his tee shot at the showpiece 16th spun back out of the fringe, there was scope for Walker to crack.

Instead, the San Antonio resident struck a lovely pin-high tee shot and read the left-to-right break to perfection on the ensuing 16-foot putt.

His birdie was matched by Spieth but the four-shot margin remained and despite a poor tee shot, Walker also birdied the penultimate hole with a good putt from 18 feet.

Spieth did likewise and both parred the last to leave Walker as the tour's first repeat winner this season.

So my next competitive round is going to be @The_Masters. Think I like the sounds of that. #excited

He told NBC: "It's at home and it's cool, you can feel support of friends, family and fans. It doesn't happen often, to win in your home town.

"It played hard today, sometimes it's hard to make pars. I wasn't putting very good but I finally got the putting stroke smoothed out and holed a couple.

"And Jordan... holy cow! I'll be having nightmares about that guy!"

Spieth's efforts mean he has now finished in the top seven in eight of his last 10 starts.

Walker, meanwhile, is building momentum for the Masters in two weeks' time and he said: "I like Augusta.

"All this keeps adding momentum and confidence and I'm excited to go. I'll head over tomorrow and take another look at it."

Billy Horschel, the third player in the group, finished third outright at four under.

Chesson Hadley birdied the last hole to finish joint fourth with Daniel Summerhays at three under.

Several players went into the tournament with hopes of breaking into the world's top 50 and qualifying for the Masters, but none were able to produce the finish they required. 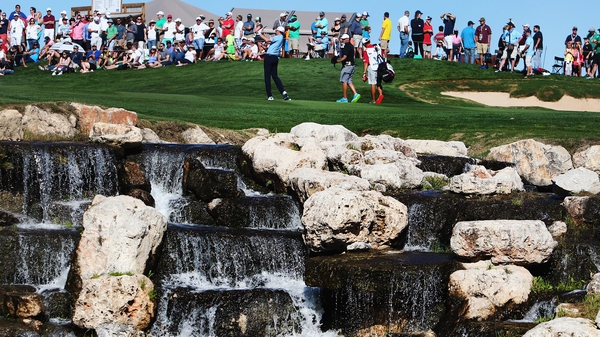