Jimmy Walker will take a four-shot lead into the final round of the Valero Texas Open after carding a three-under-par 69 at TPC San Antonio on Saturday.

The 36-year-old San Antonio resident, a one-shot leader at the halfway stage, is nine under ahead of Sunday's final round - four shots clear of fellow American Jordan Spieth.

Billy Horschel is third on three under par, a shot clear of a five-strong group including Zach Johnson and Brendan Steele.

Kevin Na and Chris Kirk complete an all-American top-10, with Australian Aaron Baddeley the highest placed non-American alongside them on one under par.

Shane Lowry is on seven over par, tied for 54th place, after a round of 75.

Walker started on the front nine and wasted little time in building on his lead by birdieing the par-five second.

Successive bogeys at the third and fourth hampered Walker's progress somewhat but he made amends by picking up shots at the sixth and eighth holes to reach the turn in 35.

A second bogey on the 12th was almost immediately wiped out as Walker birdied the 14th, before finishing strongly with further birdies on the final two holes for a three-under-par score for the day.

Spieth carded six birdies, three bogeys and a double bogey to lie second, while Horshel helped himself to third by birdieing the final three holes.

Five-time major winner Phil Mickelson, meanwhile, was even par after a 74 which featured an eagle, a birdie, three bogeys and a double bogey.

Walker played the conditions extremely well to extend his lead by three shots ahead of Sunday's deciding round and admitted that he exceeded his own expectations.

"It's a tough golf course," Walker told the PGA Tour website. "I thought coming into today that even par or maybe one under would be a good score.

"You definitely want to find a way to extend the lead, but you have to be smart about it."

World number six Spieth, like third-placed Horshel, was one under for the day but was not overly impressed with some aspects of his round.

"I'm going to have to hit the ball better than I did today," he said. "A couple of tough breaks on the back nine.

"All in all, I was playing a really solid round of golf, minus a couple of decisions and a couple of swings." 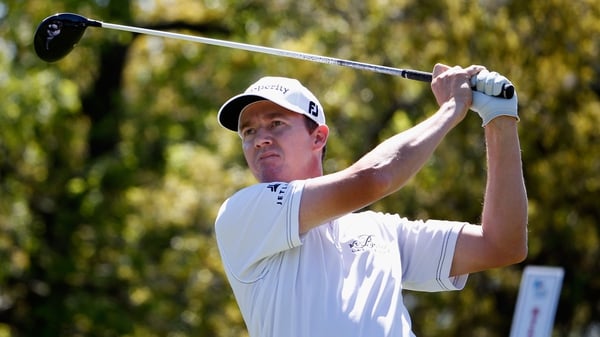