Home favourite Jimmy Walker opened up a one-shot lead with a second-round 67 at the Valero Texas Open on Friday.

Walker, who lives in San Antonio, opened with a 71 but followed that with an impressive five-under round as three birdies in his final four holes took him clear of Aaron Baddeley and overnight leader Charley Hoffman.

Offaly man Shane Lowry shot a second consecutive 74 to go to four over par but that was enough to make the cut, which was set at six over.

36-year-old Walker, starting on the back nine, birdied the 10th and 14th but dropped a shot on 17 before picking it back up straight away. Five pars followed but birdies on six, seven and eight catapulted Walker to the top of the leaderboard on six under.

"That felt good," Walker told www.pgatour.com. "(I was) Just trying to stay patient. I was hitting good shots, made some good par putts."

He added: "You have to embrace the family and friends and the home atmosphere. Yes it can be a little overwhelming with everybody wanting to say hi and go do stuff the week you're here but it is a work week and a lot of people understand that, so that's cool."

Baddeley made a spectacular birdie on 17 on Thursday as he holed his tee shot on the par four 17th after finding an unplayable lie and while there were no such fireworks on Friday, the Australian had a topsy-turvy 71.

Also starting on the back nine, he double-bogeyed the 15th but back-to-back birdies on 17 and 18 got him to the turn level.

A third birdie on the first and two more on five and six had him in control but bogeys on seven and nine saw him drop into the pack.
Hoffman looked to be picking up where he left off with four birdies and a single bogey on his front nine but he came home in 39 to register a level-par 72.

"I think even was probably a very average round out there today," he said. "These greens are rolling so good if you get on the right spot on the greens you can make a bunch of birdies out here.

"I just wasn't in the right spot and on the holes I was I didn't hit very good putts and that equates to even par."

Kevin Na and Jordan Spieth were a further shot back and Spieth, who fired five birdies and two bogeys, was in good spirits heading into the weekend.

"It played about as easy as I think it can play today," he said. "A couple of the holes were still in tough locations, but there should be some more gettable locations this weekend. But all in all, this was the day to take advantage.

"I'm in contention which is right where I want to be. I'm chasing Aaron and Jimmy, two really, really good players that aren't going to give up the lead easily, so I'm going to have to bring my A-game."

Brendan Steele, Chris Kirk, Billy Horschel, Phil Mickelson and Zach Johnson, who had the only birdie free round of the day, were all on two under.

Two-time major winner Martin Kaymer's miserable tournament came to an end as he added an 80 to his opening 82 to finish on 18 over, 12 shots adrift of the cut. 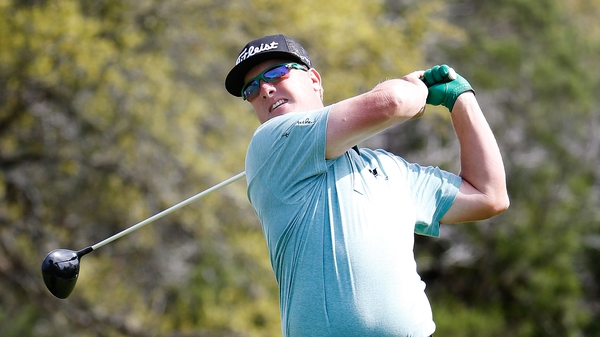