Just a week after the euphoria of being named Europe's 2016 Ryder Cup captain, Darren Clarke missed the cut at the European Tour's Jo'burg Open following a sloppy round of 72 today.

The Northern Irishman played on the supposedly easier West Course at the Royal Johannesburg and Kensington Club, but three bogeys on his back nine meant the former British Open champion missed out on the weekend action by four strokes.

Overnight leader Nic Henning, who possesses the worst possible world ranking of joint 1,555th, also dropped out of the competition after a disastrous 78, including four bogeys in consecutive holes, followed his opening 62.

At the top of the leaderboard, South African Wallie Coetsee carded a 65 for a total of 12 under par and a one-shot advantage over Briton Simon Dyson (67) and the home pair Garth Mulroy (68) and Tjaart van der Walt (69).

"There were a few sucker pins out there, so I went for middle green. I didn't attack too much and just stayed calm, which paid off," Coetsee, who has never won on the European Tour, told reporters.

"This is a marathon, not a race. You have to pull the horse back a bit, you can't run too fast. We'll let the horse loose on Sunday on the back nine."

If he does claim victory on Sunday, Coetsee is hoping his family get to see it.

"When we moved to Jeffery's Bay two-and-a-half years ago we decided to get rid of our television.

"So if (daughters) Zoe and Kelly want to watch, I hope my wife Ashley takes them to a friend's place."

Of the other Irish involved, Kevin Phelan fared best on eight under, while Peter Lawrie (-3) and Gareth Maybin (-1) followed Clarke out of the competition. 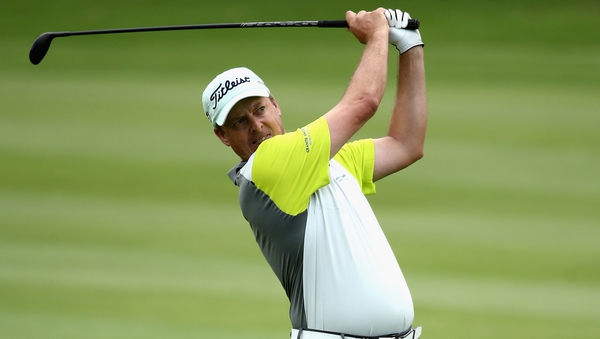