American Dustin Johnson denies he has had a drug problem but admits "drinking to excess" was an issue he had to address.

The 30-year-old, who on Tuesday night announced the birth of his first child, a son, with fiancee Paulina Gretsky, is currently on a voluntary leave of absence from the PGA Tour.

His disappearance from the tour in late July prompted allegations in the United States of a positive test for cocaine - claims which have dogged him for several years but which he has always strenuously denied.

Johnson's admission he was taking a break to tackle "personal challenges" only intensified speculation, but in his first interviews since the announcement the big-hitting Ryder Cup star has again dismissed the drug claims, revealing his battle has been with alcohol.

"Like everyone I'm tested regularly by the Tour and as far as that's concerned ... I haven't failed anything"

"I did not have a problem," he told ESPN and SI.com, talking specifically about cocaine.

"It's just something I'm not going to get into. I have issues but that's not the issue."

Johnson insisted drugs "didn't really have a role in my life".

He said: "Like everyone I'm tested regularly by the Tour and as far as that's concerned ... I haven't failed anything.

"I would drink and drink to excess. The change I made is I just don't do that any more.

"I definitely have given up hard liquor 'cause that was the thing that I went to... it's been a big change."

Johnson, who is expected to return to action at Farmers Insurance Open at Torrey Pines in a fortnight, told SI.com he had learned new ways to deal with stress during his period of leave.

"My way of getting rid of it was drinking or partying," he added.

"That might work for that day or the next week but eventually everything keeps piling up." 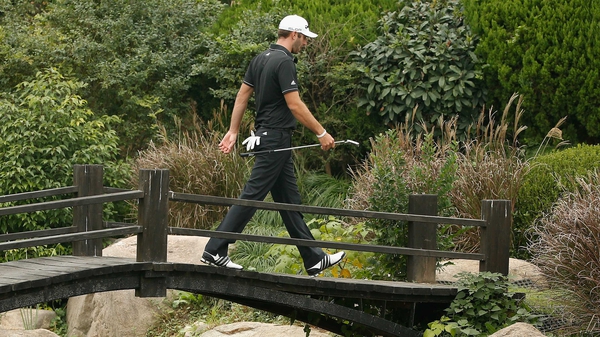