American Dustin Johnson has announced he is to take a break from golf, effective immediately, and will seek "professional help for personal challenges I have faced."

The world number 16 will now miss Ryder Cup in September.

A statement from Johnson's management company read: "I am taking a leave of absence from professional golf, effective immediately. I will use this time to seek professional help for personal challenges I have faced.

"By committing the time and resources necessary to improve my mental health, physical well-being and emotional foundation, I am confident that I will be better equipped to fulfil my potential and become a consistent champion.

"I respectfully ask my fans, well-wishers and the media for privacy as I embark upon this mission of self-improvement."

The PGA of America confirmed that Johnson would not compete in the Ryder Cup and US captain Tom Watson said in a statement: "We will certainly miss Dustin Johnson at Gleneagles and we wish him the best.

"As one of the longest hitters in the game with an undefeated record of 3-0 at Medinah in 2012, he has clearly been an asset for the United States team.

"That said, the United States is a team with an abundance of talent. I am looking forward to teeing it up alongside those players in the PGA Championship at Valhalla, and finding out along with everyone else, which players qualify for the team based on points."

Johnson partnered Matt Kuchar to two victories in the fourballs at Medinah and beat Nicolas Colsaerts 3&2 in the singles, but that was one of just three wins on the final day for the home side as Europe came back from 10-6 down to win.

"Things will be said that are not true," McGinley added. "It's much better for everyone if there is clarity.

"If something has gone wrong and he has been misbehaving, let's put it out on the table and get it dealt with and move forward."

In May 2012, Johnson's agent David Winkle insisted his client had not been serving a drugs suspension from the PGA Tour when he spent three months out of the game. 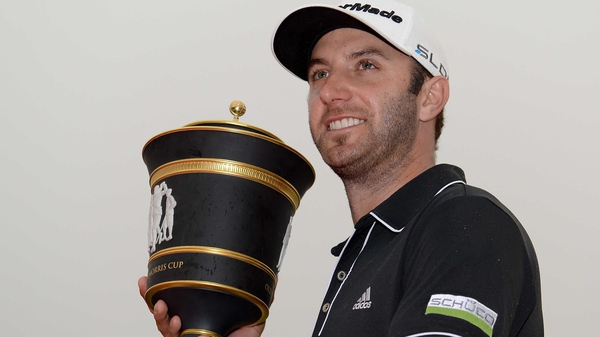