Dustin Johnson recovered superbly from seeing his overnight three-shot lead wiped out in the first two holes to win the WGC-HSBC Champions with a decisive scoring burst in Shanghai.

Johnson played the last six holes in five under par at Sheshan International Golf Club to card a closing 66 and finish 24 under par, three ahead of defending champion Ian Poulter.

All three members of the final group shot 66, meaning Poulter finished one ahead of Ryder Cup team-mate Graeme McDowell, with another player responsible for the 'Miracle at Medinah', Spain's Sergio Garcia, two shots behind in fourth after a closing 63.

Rory McIlroy finished tied for sixth place on 15 under after a final-round 69.

Johnson began the final round three shots clear of Poulter but three-putted the opening hole as the Englishman birdied the first and second, while McDowell birdied the first three to share the lead with Poulter.

Birdies on the eighth and ninth got Johnson back into a share of the lead and although Poulter edged in front with a birdie on the 12th, Johnson birdied the 13th and matched Poulter's birdie on the 14th to set up a grandstand finish.

Johnson was left alone in the lead when Poulter was unable to get up and down from a greenside bunker on the 15th, although with the 16th being a reachable par four and the par-five 18th still to come, the result was far from settled. 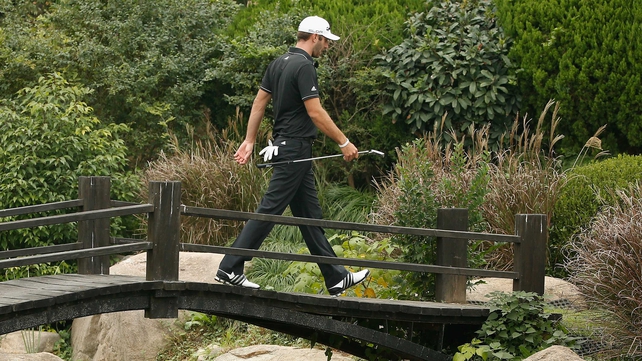 None of the final group tried to drive the green on the 16th, although Johnson's length meant he could hit a long iron just ten yards short and he promptly chipped in for an eagle two.

Poulter's birdie putt did not look like going in until it just caught the left edge of the hole, but Johnson now held a two-shot lead on 23 under.

That became a three-shot lead thanks to a birdie on the 17th from eight feet and gave Johnson a welcome cushion playing the 18th, the hole where he drove into the water to run up a double-bogey seven on Saturday.

Unsurprisingly Johnson hit an iron off the tee and laid up with his second, eventually missing a short birdie putt after Poulter and McDowell had done likewise.

It had no effect on the result however, the 29-year-old Johnson claiming his eighth PGA Tour victory and the first prize of just over €1million 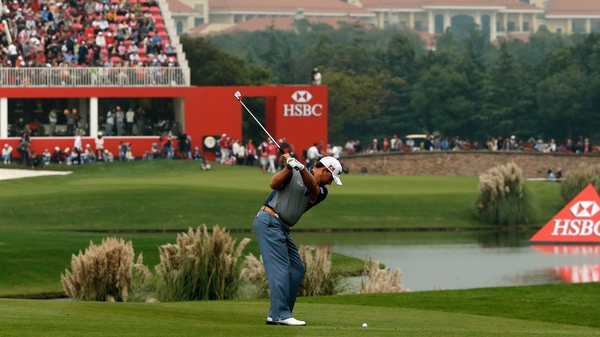