Ben Martin shot a third-round 62 to take a two-shot lead at the Shriners Hospitals for Children Open.

The American carded 10 birdies, including five in a row from the 13th, against a solitary bogey to move on to 17 under for the tournament.

Knox fired five birdies in a flawless round to go into the final day two shots clear of Americans Jimmy Walker, who also went round in 62, and Andrew Svoboda.

A third round of 72 meant that Padraig Harrington made the cut but did not finish the tournament.

A group of four players were a shot further back on 12 under.

Martin, 27, who is seeking his first PGA Tour title, is determined not to overcomplicate the task at hand.

"Just go out tomorrow with the same mindset, head down, and try to keep making birdies," he told the PGA Tour website.

He also spoke about how he knew from the very first hole he was going to have a good day.

"So I felt confident with my putter and I was getting a lot of looks. I've played that stretch of holes well all week, 15 and 16, and that's really the part of the course that most guys are making their birdies."

Knox, meanwhile, was satisfied with his efforts as he remains within striking distance going into the final round.

"Bogey-free on a Saturday is exactly what I wanted," Knox said. "I knew I was going to make birdies and I'm seeing the lines on the greens really well. I knew if I just limited my mistakes, I was going to be right up there." 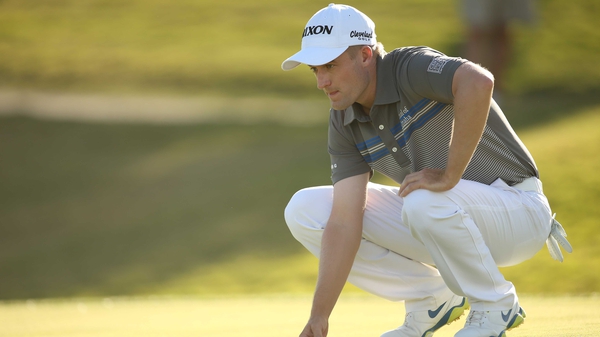