Scotland's Russell Knox is hopeful he can handle the pressure of chasing a first PGA Tour win after moving into a share of the halfway lead at the Shriners Hospitals for Children Open.

Knox is alongside tour rookie Andrew Putnam on 10 under par after two rounds at TPC Summerlin in Las Vegas.

The pair each birdied the 18th to move a shot ahead of Andrew Svoboda and Tony Finau, Knox holing a good 13-foot putt while Putnam sent a brilliant approach within two feet.

Padraig Harrington was on three under at the end of the day after a second round of 69 left him seven strokes behind the leaders.

While Putnam is making only his fourth start on the PGA Tour, Knox will have to cope with the burden of history having gone close at this event the past two years only to shoot over par in the final round on each occasion.

He told pgatour.com: "I've been in this position before on this course the last couple of years. I've played nicely and just haven't really played well four days, so I'm off to a good start and hopefully two more good ones to go."

Putnam was six under for his second round while Knox carded a four-under-par 67, an effort matched by Svoboda.

Finau, like Putnam a tour rookie, shot 65 including seven birdies, with his only bogey coming at the par-three fifth.

Knox's compatriot Martin Laird, the first-round leader, could only manage a one-under-par 70 to fall into a large group sharing fifth at eight under.

Jarrod Lyle, back on the tour after overcoming leukaemia for a second time, made the cut for the second successive week at five under after a level-par 71.

Tim Clark finished his round of 67 with a spectacular slam-dunk eagle two, taking the South African to seven under - but the shot of the day came from the unheralded Justin Thomas.

Battling to make the cut, the American hit an aggressive approach to the driveable par four 15th but saw his ball skip into a greenside hospitality area.

Undeterred, he pitched out onto the green and made birdie, one of five on his card - but two bogeys and a double at the 12th meant that, at one under, he was outside the cut by one stroke. 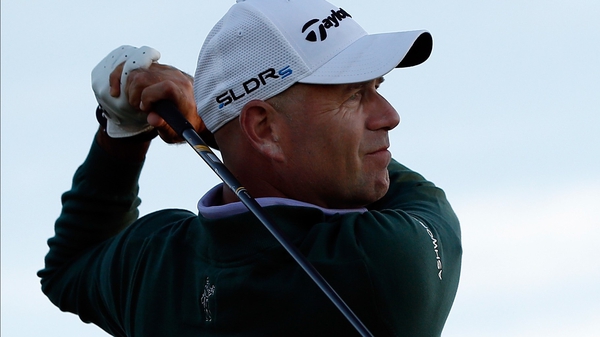