South Africa's Tim Clark shot a final-day 65 to snatch a victory away from Jim Furyk at the Canadian Open and earn his second PGA title.

Furyk led by three shots going into the last round as he sought a third Canadian Open crown but the veteran American could only card a one-under-par 69 to open the door to nearest challenger Clark at Royal Montreal Golf Club.

And the 38-year-old took full advantage with a five-under round that saw him come back in just 30 - thanks to a superb spell of putting - to finish on a 17-under total of 263, equalling the tournament record, and one shot clear of Furyk.

Clark had a poor start to the rain-affected final day with a bogey on the par-four first, but he cancelled that out on the sixth to reach the turn in level par, before hitting a hot streak that brought him further birdies on the 11th, 12th, 14th, 15th and 17th.

Furyk, champion in 2006 and 2007, could not compete with that, managing his only back-nine birdie on the penultimate hole as Clark added the Canadian Open title to his triumph at The Players Championship in 2002. 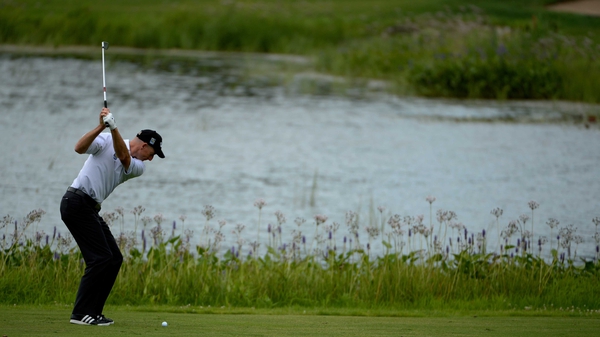