American Brian Harman held on to his overnight lead to claim a one shot win at the John Deere Classic in Illinois on Sunday.

The 27-year-old held on to card a final round of 66 to beat Zach Johnson to the victory with an overall score of 22 under par.

Harman got off to a strong start with an eagle on the par-five second before dropping a shot on the fifth.

A birdie on the ninth saw him go out in 33 before he matched that on the back nine with four birdies and a bogey on the last.

Johnson's flawless round of 64 was not enough to force a play-off, but the American will no doubt be pleased with his finish ahead of the Open Championship which starts this coming week.

Venezuela's Jhonattan Vegas finished tied for third place with American Jerry Kelly, three shots off Harman, with Scott Brown and South Africa's Tim Clark ending their tournament on 18 under in a tie for fifth. 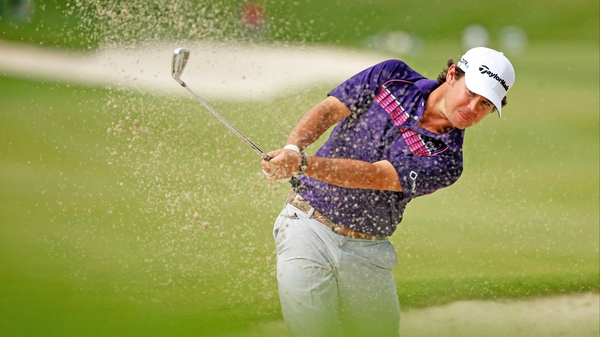