Frenchman Alexander Levy will take a three-shot lead into the final round of the Volvo China Open after a third-round 70.

Antrim's Michael Hoey, the only Irishman to make the cut, is in a share of 11th place after a three-under 69 brought him to six-under overall.

World number 282 Levy moved on to 16 under par for the tournament, but it could have been even better were it not for bogeys at the 14th and 16th holes at the Genzon Golf Club in Shenzhen.

They followed a run of three straight birdies from the 11th, after two birdies and a bogey on the front nine, which had looked set to put the 23-year-old even further clear of the field.

Spain's Alvaro Quiros is the closest challenger after a second successive 68, which featured six birdies and two bogeys.

Finland's Mikko Ilonen lay third, four shots off the lead, after a 67, while England's Tommy Fleetwood was on 11 under in a share of fourth, thanks also to a 67.

Fleetwood shot five birdies in a bogey-free round to share fourth with Spain's Adrian Otaegui.

Levy, who has had only two top-10 finishes in 34 previous events, but shot a 62 on Friday to establish himself as the man to catch, said on the European Tour website: "My target was to do a good job, like the first two rounds, but it was difficult with the rain coming.

"It was tough to stay focused, but I kept my mind in good condition and played some good shots. I'm happy with my round today.

"I'm going to play good golf and take some pleasure from the golf course, because it's a very nice course to play. I want to continue to play like I have for the first three rounds and to enjoy the moment.

"I will be nervous, but because you're nervous doesn't mean you can't play well." 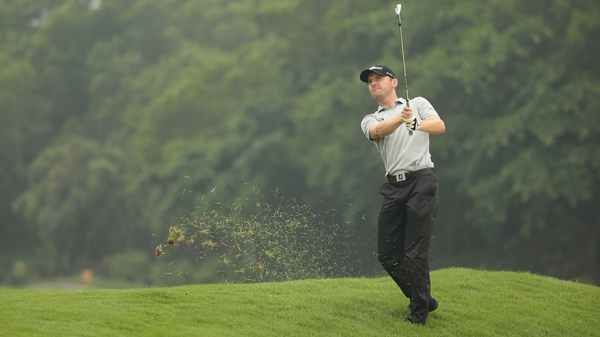