Damien McGrane is two shots off four leaders after round one of the Joburg Open at the Royal Johannesburg and Kensington Golf Club.

Meanwhile, David Higgins shot a 68 to finish on three under, Kevin Phelan carded a level-par 71 and Peter Lawrie was four over after a 76.

Lee played off the par-72 East course, while the others did so off the easier par-71 West course, the shorter of the two by 400 yards, with Forsyth's arguably the round of the day after seven birdies and no dropped shots.

"The front nine was probably as good as I've played in a long time," Forsyth said.

"I seemed to do everything right on the front nine, but I struggled a little on the back, where I ended up between clubs a few times. No dropped shots and seven birdies, so I'm never going to complain with that."

Lee, who has missed the cut in his last five tournaments in South Africa, said he was ready to put his "pathetic" record in the country behind him.

"I don't normally play well at all in South Africa, my record here is actually pretty pathetic," he said.

"It's probably a course that should have suited me in the past, because my strength has always been ball striking. I've never played that great a round here, but my game has gotten slightly better over the years," the 36-year-old added.

"Lee is hoping for a top-ten finish that would see him potentially take up one of three places at The British Open Championship on offer to those finishing in the top ten and otherwise not exempt for Royal Liverpool in July. 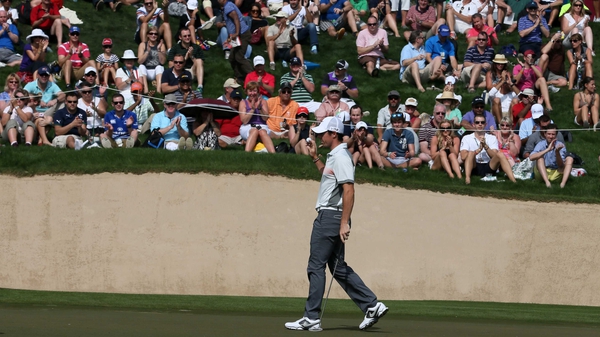