Rory McIlroy still expects to win the Omega Dubai Desert Classic for the second time, despite his frustration at failing to build a commanding halfway lead today.

McIlroy looked back to his brilliant best as he posted a sparkling opening 63, the former world number one carding seven birdies and an eagle at Emirates Golf Club, the scene of his first European Tour title in 2009.

And although he struggled to a more pedestrian 70 today, the 24-year-old's halfway total of 11 under par kept him on top of the leaderboard, one shot ahead of American Brooks Koepka, whose flawless 65 equalled the lowest score of the day.

Michael Hoey shot a 72 to move to two under.

World number one Tiger Woods, playing alongside McIlroy, could only manage a 73 to make the cut with just one shot to spare on three under.

McIlroy dropped his first shot of the tournament on his opening hole and also hit bad drives at the next two holes, although he did birdie the par-five third and, after picking up further shots at the fifth and seventh, admitted he expected to pull away from the field.

"I thought so, yes," McIlroy told Sky Sports. "Making a few birdies on the front nine and turning two under par was a good effort, especially as the wind started to get up.

"I birdied ten, played 11 and 12 okay but then missed that little one (a par putt from inside two feet) on 13, had a chance on 15 and didn't convert and made bogey on 16, but it was nice to birdie the last and at least give myself a one-shot lead going into tomorrow.

"I will just go back tonight and regroup and realise that I am still leading the tournament. I hit a couple of loose drives which I haven't done the last couple of weeks but I still feel like I'm playing well enough to go and win the tournament." 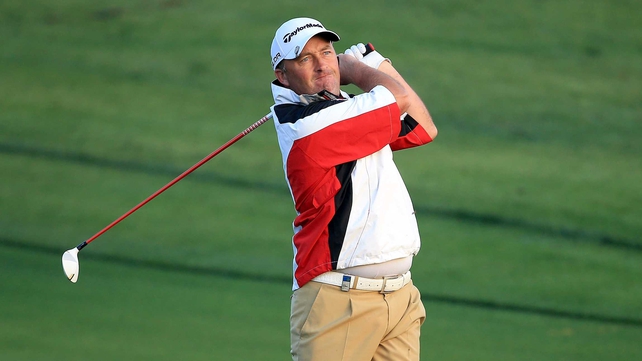 Asked if he expected to claim his sixth European Tour title on Sunday, McIlroy added: "I do. I am leading the tournament, I've been in this position before and went on to win.

"I have led from the front quite well in tournaments that I have won. I feel like I am still playing well, I know the course as well as anyone else and I expect to go out there and shoot two good scores over the weekend and hopefully lift the trophy."

Stenson could well be McIlroy's biggest challenger after the Swede continued his excellent recovery from being three over par after five holes on Thursday.

"I think there is still a little way to go but today was the best I have putted for a long, long time," said Stenson, who became the first man to win the FedEx Cup and Race to Dubai in the same season in 2013.

"I was threatening on every putt and kept the score together with no bogeys, which is always a good sign." 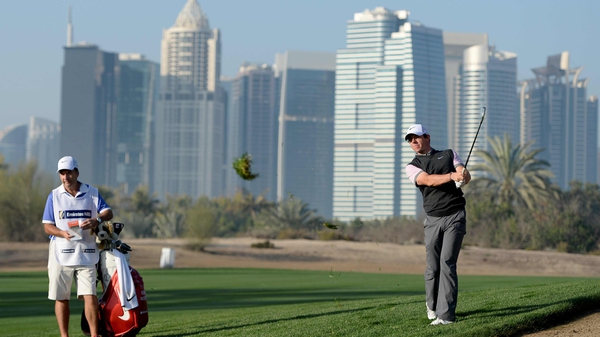