Wales' Stuart Manley will take a slender lead into the final round of the Hong Kong Open with Ireland’s David Higgins nine shots back.

Manley carded a third round of 66 in Fanling to finish 10-under-par, one shot ahead of Australia's Wade Ormsby and India's Shiv Kapur, with defending champion Miguel Angel Jimenez, fellow Spaniard Jose Manuel Lara and England's Steve Webster another shot back.

Higgins had stormed into the lead with sizzling 64 on Thursday but plummeted down the field after a disastrous four-over-par 74 on Friday.

The Waterville man improved today with 71 but it was a topsy-turvy round that included two birdies, two bogeys, a double-bogey on the 10th and an eagle on the par-five 13th.

He is in an eight-way tie for 42nd place on one-under-par overall.

Meanwhile, Manley is chasing his first European Tour title despite only securing his card via the qualifying school last month.

Ormsby and Kapur matched Manley's 66 to lie nine-under, while Jimenez, Lara and Webster all returned rounds of 65, the joint lowest score of the day.

Jimenez became the oldest winner in European Tour history when he triumphed here last year and is seeking a record-equalling fourth win in the event with his 50th birthday less than a month away.

"I hope I can keep hitting the ball the way I'm hitting it and knock in some putts to get the victory here, I would love it," said Jimenez, who carded seven birdies and one double bogey. "I love this golf course." 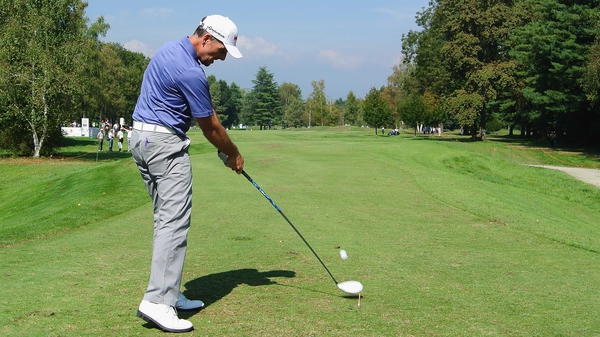