Overnight leader David Higgins slipped back to five off the pace at the Hong Kong Open and is two-under-par after a second-round 74.

The Waterville man, who narrowly lost his Tour card at the end of last season, was well-placed after an opening-round 64 but shot six bogeys in a disastrous four-over-par second-day slump. He is now tied for 27th spot.

South African Jbe Kruger claimed the halfway lead with a 66, aided by a run of six birdies in seven holes on the back nine, to finish seven-under-par, one shot ahead of Wales' Stuart Manley.

The 27-year-old wore two black ribbons as a mark of respect to former South African president Nelson Mandela, who died on Thursday aged 95, and said: "Wearing these is an honour.

"Our country lost a real live hero. He was one of the best people and presidents I have ever seen. I don't know if our country will ever have (another) leader like that. To be able to turn the other cheek when you have been 27 years in prison...."

Miguel Angel Jimenez kept his hopes of a record-equalling fourth Hong Kong title alive despite a disappointing finish to his second round.

A first round of 70 left the veteran Spaniard six shots off the lead, but five birdies in his first six holes and another on the third had Jimenez right back in contention.

However, the 49-year-old then dropped shots at the fifth, ninth and 10th - his final hole after starting at the 11th - to card a 67 and finish three under par.

Kevin Phelan from Waterford missed the cut by one shot, finishing on two-over with Peter Lawrie five shots further off the pace. 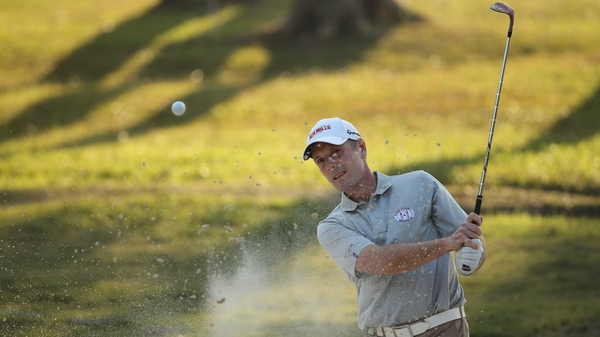