American Kevin Streelman bogeyed two of his last three holes to fall back into a share of a one-stroke lead with Denmark's Thomas Bjorn after the first round of the $8 million World Cup of Golf on Thursday.

Streelman, a late choice to represent the defending champion United States team, had torn up Royal Melbourne's back nine with five birdies in six holes but dropped shots on the tricky 16th and 18th to card a 66 and join Bjorn on five-under.

Former major winner Graeme McDowell struggled on his round and finished with a one-over 72, while Ireland team-mate Shane Lowry fared even worse shooting a 75.

McDowell and Lowry’s combined total of 147 leaves Ireland ten shots behind co-leaders US and Denmark and in joint 16th place of the 30 nations competing.

"It's just an incredible golf course, I love it"

Streelman, upstaging world number seven compatriot Matt Kuchar (71), who won the last World Cup for the US with Gary Woodland in 2011, said: "I was very pleased with that start. It's just an incredible golf course, I love it... I just had a lot of fun there to be honest."

The tournament's format has been changed from being solely a team event to primarily an individual one with a team component.

Having given themselves every chance of winning the individual trophy, Streelman and European Tour journeyman Bjorn also put their nations in the box seat for team honours.

Streelman and Kuchar's combined score of five-under left the US level with Denmark's Bjorn and Thorbjorn Olesen (71), three strokes ahead of Portugal's Jose-Filipa Lima (71) and Ricardo Santos (69). 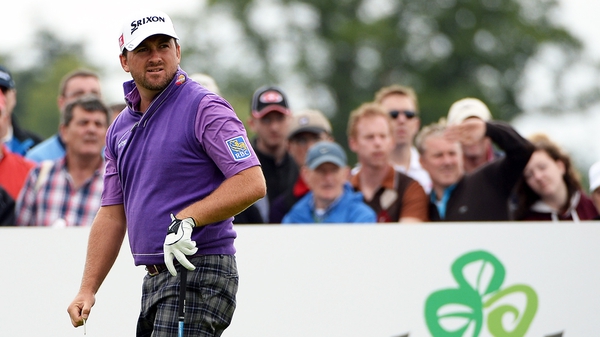 Graeme McDowell expects to play for Ireland at Olympics