France's Victor Dubuisson overcame some of the biggest names in world golf and a Jamie Donaldson hole-in-one to claim his maiden professional victory at the Turkish Airlines Open.

The 23-year-old began the final round with a five-shot lead in Antalya, but came under threat from world number one Tiger Woods, US Open Champion Justin Rose, Ryder Cup star Ian Poulter and Race to Dubai leader Henrik Stenson as he failed to make a birdie over the front nine.

Dubuisson finally picked up his first shot of the day at the 10th after almost driving the green at the par four, but when he recorded his first bogey for 33 holes at the 14th he was suddenly caught as Welshman Donaldson aced the 180-yard 16th with a seven iron.

Rose birdied the same hole to make it a three-way tie at the top, but Dubuisson held his nerve to pick up a shot at the 15th and finished in style with a 35-foot birdie putt at the 17th and pitch to six feet at the last for a three-under-par 69 and 24-under total.

That was two better than Donaldson, who missed a six-foot eagle putt at the last, and four clear of Rose and Woods – the latter's strong finish ultimately counting for little after some indifferent play around the turn.

Dubuisson's victory moves him into the top 40 of the world rankings – almost certainly earning him an invite to Augusta National for next year's Masters.

Shane Lowry closed with a 67 to end on nine-under-par and in a tie for 44th place.

Pádraig Harrington ended on eight-under-par after a closing 71 and tied for 50th place, meaning the Dubliner misses out on a place in next week's Tour Championship in Dubai.

Damien McGrane ended on two-over-par following a closing round of 75.

Stenson remains ahead of Rose and Poulter in the Race to Dubai despite only finishing tied for seventh, although his lead has been trimmed to under €180,000 by Rose ahead of the season-ending DP World Tour Championship. 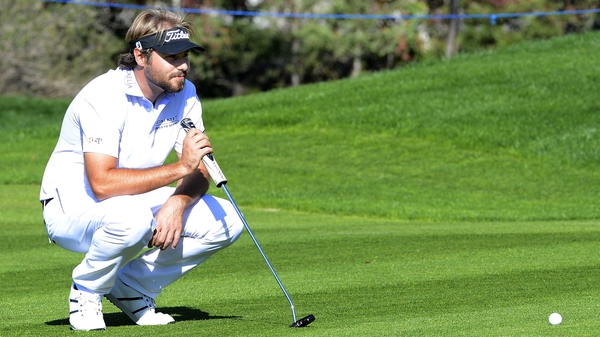