And so Waterford's season is at an end. The team, on the back of winning a league title, we thought would be best equipped to challenge Limerick for Munster and All-Ireland glory.

So much then for a Déise v Treaty trilogy in 2022.

Cusack Park in Ennis saw Liam Cahill's side fall to a 3-31 to 2-22 defeat against the Banner, minus Tony Kelly and John Conlon.

That outcome was ultimately academic as Cork did the business against Tipperary to secure third spot in Munster's round robin. Three defeats on the spin then for Waterford. Their supporters left with much to ponder on how a year that started with so much promise ended so badly. Among those left scratching their head is John Mullane.

"I think we're all disillusioned about how the train has come off the track in the last couple of weeks," he told RTÉ Radio's Sunday Sport.

"It's hard to put your finger on where it has all gone wrong. I was one of the guys that thought genuinely after the league semi-final, after the league final, and after watching Limerick in the league, that this could possibly be the year where Waterford, we could push on.

"Year three of Liam Cahill, we could push on and win the All-Ireland. For the campaign to end in the manner that it's after ending, I'm just lost for words."

Another goal for Clare, this time from David Fitzgerald as they continue to dominate against Waterford
⌨️https://https://t.co/IFkopqp0H4
📺https://t.co/Tuw2vAhjD5
Highlights on #sundaygame at 9.30pm #rtegaa pic.twitter.com/0TLotwTfbC

In trying to ascertain why the train has come off the track, Mullane was alarmed at the leaking of the team to face Clare in the days leading up to Sunday's encounter.

"I just think something's not right in the camp. It's not a good sign, the team being leaked," he added.

The team that they named within their own camp, that got leaked during the week. That for me is not a good sign.

"You go back to the last two years under Liam Cahill, nothing came out of the dressing room, absolutely nothing - you wouldn't have a clue what was going on in there.

"For the last couple of days, there was a team circulating around the county. I think Liam Cahill will be thoroughly, thoroughly disappointed that team was let out.

"Look, as it played out, it didn't really matter. When you have that break down of trust within your camp, you're fighting a lost cause."

Shane McGrath was part of the RTÉ Radio's commentary team for today's encounter and in a critical appraisal of Waterford's effort, he said: "It was just so lifeless from Waterford, from the throw-in. Marty Morrissey is here beside me, and I think he has a Junior C medal, but he could have scored a few points from play today.

"Clare brought on their sub goalie. You'd hardly see that happening in a challenge match. That will tell you the dominance they had here today." 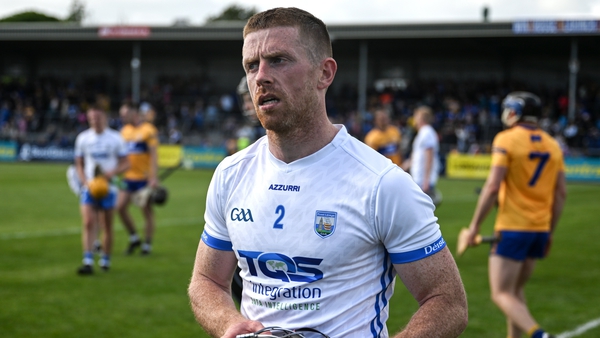 Cahill unsure where Waterford 'fell off the wagon'