On GAAGO, Donegal v Cavan are available to watch worldwide.

Highlights of all the weekend's action on The Sunday Game, RTÉ2 and the RTÉ Player, from 9.30pm.

RADIO
Live commentaries on Sunday Sport on RTÉ Radio 1 and in Irish on Raidió na Gaeltachta.

Sunday: Mist and fog will clear away early in the morning to leave a day with a mix of cloud and sunny spells with some light outbreaks of rain. Highest temperatures of 14 to 18 degrees in light to moderate south to southwest breezes. Cloud will build from the northwest later in the night and moderate southerly winds increase fresh to strong on Atlantic coasts by morning. For more, go to met.ie.

The underdogs in Ulster can perhaps take sustenance from the unforgettable winter championship of 2020.

Cork were utter no-hopers against Kerry, beating them in heart-stopping fashion thanks to Mark Keane's late, late goal.

It would be a stretch to characterise Mickey Graham's Cavan as no-hopers against Donegal - either in 2020 or now.

Graham has made no bones about targeting championship and his dismissiveness about the league feels almost retro. As Cavan manager, he presided over successive relegations either side of that extraordinary Ulster triumph of 2020.

While Cavan escaped Division 4 in the spring, the manner of their promotion left certain observers underwhelmed. They were considered to be slumming it down there in the bowels of the fourth-tier but their ultimate points difference tally of +17 across seven games didn't blow people away.

This left the punditocracy divided on the Antrim-Cavan game, though they probably shouldn't have been. Cavan blitzed their Division 3 opposition in Corrigan Park, Paddy Lynch a constant menace inside, Gearoid McKiernan and James Smith powering forward from the middle third. The veteran Martin Reilly, introduced late, also looked especially classy as Cavan tucked the game away.

Donegal are both a very known quantity but also strangely enigmatic. After a so-so league campaign, they were considered vulnerable against Armagh in Ballybofey. Thus, there was a degree of surprise when they won pulling up, most of the post-match inquest focusing on Armagh flattering to deceive once more.

The key passage of the game fell after half-time when they somehow withstood a wave of Armagh attacks without conceding a single score, just before Paddy McBreaty worked the game's only goal. The old stagers Ryan McHugh, named Man of the Match, and Michael Murphy came to the fore in the second half, shrewdly closing out the match with a minimum of fuss. Stationed at wing-back, Jason McGee was a constant all-action menace, running from deep.

Like Mayo, they've been chastised for running the ball excessively and lacking a kicking option. They often fall into a pattern of crabbing across the pitch with interminable hand-passing moves. There was a bit greater thrust and purpose to their attacks when it mattered against Armagh. The memory of the 2020 upset should ward off any hint of complacency on Sunday. They are favoured to reach a 10th Ulster final in 12 years.

Moran's men to hit a wall this weekend

Signs are that the ebullient Andy Moran has done a fine job in Leitrim. The Connacht underdogs mounted a decent assault on promotion in Division 4, just falling short to Cavan and Tipperary (but only after demolishing the latter in Thurles).

They then navigated the often tricky test of London in Ruislip in the Connacht first round, gaining revenge for their costly loss to the Exiles in the league.

Better again, they won without their chief marksman Keith Beirne, Division 4's top scorer, who was suspended. He is named among the subs for Sunday's game. Ryan O'Rourke stood up in his absence, scoring 2-02 including the match-sealing goal.

They're bound for Salthill and a task that will surely prove beyond them. Their slaughter at the hands of Mayo in last year's provincial semi-final - all the more uncomfortable for being televised - cranked up further pressure on the provincial councils. Nonetheless, these tenacious operators mustered enough votes to block radical change at last year's Council. And thus, Leitrim will get another cut at one of Connacht's big-two in summer-time.

Leitrim look a happier camp than in 2021 so they'll hope to muster a more respectable effort against a Galway side whose public have likely already let their thoughts drift to a Connacht decider against old foes Roscommon. 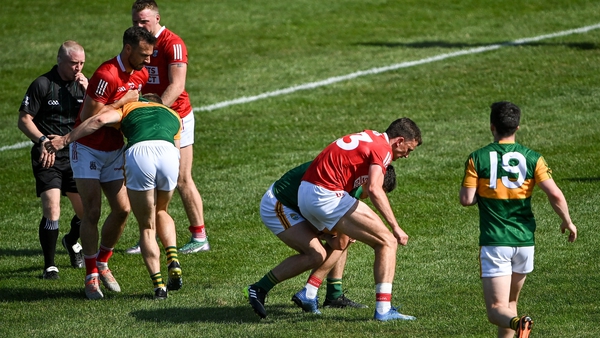