Wexford football boss Shane Roche believes the win over Offaly will help to further build an inner belief within the squad.

The Slaneysiders, who finished third from bottom in Division 4 in this year's Allianz League, ran out three-point winners against opposition who operated two divisions higher this spring, in Sunday's Leinster preliminary round clash at Wexford Park.

A haul of 1-07 on the bounce in the second half helped the Model on their way. Next up is a date with Dublin in the provincial quarter-final next weekend.

Afterwards, Roche was naturally delighted at the outcome.

"The overriding emotion is joy, with a bit of relief as well," he told RTÉ Sport.

"We had a tough league campaign, finishing third bottom in Division 4. We always felt going to the training field that that wasn't a true representation of the work we were doing. For the last month all we were thinking about was a performance that could put us in the next round where we will play Dublin.

"They were a Division 2 team, playing at a higher level of football. We played against the breeze in the first half, with the aim of staying in the game. The breeze can be difficult down here but the players responded well after conceding a goal (just after half-time), we bounced back so well." 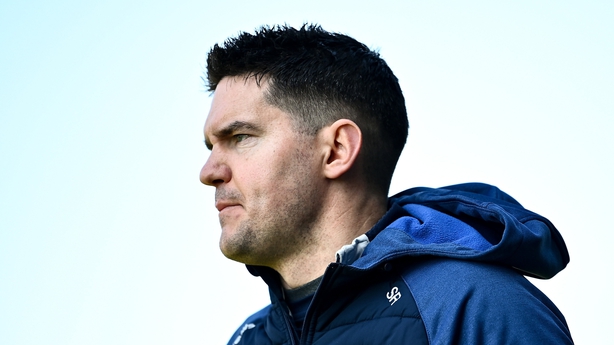 Roche (above) praised the application of his players in the lead up to the win at Chadwicks Wexford Park, a springboard he hopes will lead to even better days for football in the Model County.

"We are trying to build an internal belief; these guys have been in Division 4 for about seven years now. We got up one year with 'Banty' (Seamus McEneaney) and then came straight back down.

"We are looking at building a high-performance team. Training has seen the same level of enthusiasm, the same level of energy, this was despite losing five games in the National League. We knew something was around the corner; we knew there would be success for Wexford.

"It mightn't be in my reign. I took this job over when Paul (Galvin) left. I came in as an interim boss; I am 34 with two young kids, so I won't be here forever. It's all about building that belief within Wexford."

Offaly boss John Maughan offered no excuse, with his troops now heading for the Tailteann Cup, this after earlier slipping down to the league's third tier

"Wexford were fully deserving winners and I want to compliment them. We didn't do enough in the first half and only went in a point ahead. We didn't have the strength and resilience to push on after that after going four up. I'm so disappointed with the performance; we had far too many turnovers."