Limerick made it two wins from two in the Munster SHC after coming out on top in an epic contest against Waterford.

The reigning All-Ireland and Munster champions earned a three-point victory but had to withstand a late Waterford fightback to maintain their perfect start.

Two goals in three minutes from Stephen Bennett and Jack Prendergast - the Déise's first in this fixture in four years - cut Limerick's lead from seven to one but the Treaty managed to hold on for the win.

Waterford were aided by a strong breeze in the first half and two Bennett frees gave them the quick start.

Dessie Hutchinson then added a first from play before Aaron Gillane got Limerick off the board with a free.

The Deise had the first goal chance of the game when a lofted ball behind the Limerick defence eventually resulted in a Mikey Kiely shot but he was brilliantly blocked by Barry Nash.

Limerick were then dealt a huge blow when Cian Lynch came off injured on nine minutes but Cathal O’Neill immediately hit form with an excellent score.

Waterford were the dominant force in the opening quarter, however, and stretched to a five point lead thanks to a Bennett ’65 and two superb Calum Lyons points.

Limerick responded in style, with a long range Diarmaid Byrnes score from play and the Patrickswell clubman then struck two frees that left the score 0-8 to 0-6 in Waterford’s favour after 21.

An Austin Gleeson free put Waterford four in front once again but three Gillane efforts and one from O’Neill squared the game for a second time at 0-10 apiece.

The teams traded scores in the remainder of the half but Gillane saw Limerick 0-14 to 0-13 ahead at the break with a sublime point from the left wing.

Gillane, Hegarty and Byrnes increased that lead to four early in the second half, however, Waterford were soon back on level terms through a Bennett free and three in a row from Hutchinson.

It was nip and tuck until the 53 minute when Tom Morrissey saw Limerick into a 0-23 to 0-21 advantage with a well taken point from the wing.

Three from Gillane and two inside a minute from Darragh O’Donovan looked to have been enough for Limerick only for Waterford to hit back late on.

Bennett’s low free found its way to the net on 63 minutes and 90 seconds later, Jack Prendergast finished off a defence splitting move to bring Limerick’s lead back to one.

However, Limerick held out with points from Pat Ryan and a sixth from Byrnes that saw them to a three-point winning margin. 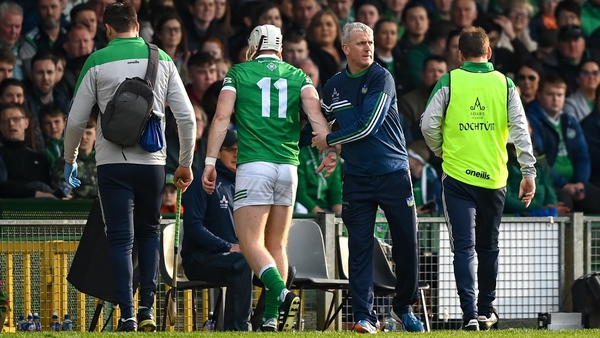