Another concussion would be the end, Roisín McCafferty would hang up her boots and call it a day on her playing career, there and then.

She has experienced the terrifying side effects that go with the invisible injury and cannot afford to put herself through that ever again.

After her first, the Donegal youngster was robbed of her confidence, it left her in emotional turmoil, she doubted herself and even believed she had dreamt up her symptoms.

But wearing her physio hat today, McCafferty can tell you exactly the injury she suffered the first time ever, when she got kicked in the head in a challenge match.

"It was vestibular driven, the inner-ear, balance problems and stuff like that was my main symptoms," said McCafferty.

Tomorrow she will be one of the most experienced members of the Donegal panel looking to make history and shock TG4 All-Ireland Senior champions Meath at Croke Park.

It would be a first ever Lidl National Football League Division 1 title for Donegal, and after coming out of retirement McCafferty would be thrilled to get her hands on the trophy.

Her concussion issues are in the past, a chronic knee and hip issue troubled her last year, but at least those were injuries had a real tangible timeline for recovery.

"You break your leg, you have a cast on it, you can see it, you do the rehab," said McCafferty.

"But I couldn't do anything when I was coming back from my concussion, it was really lonely, to be honest.

"I was convincing myself that I was making all of this up. Is it just in my head? What’s going on, is there something mentally going on with me?

"That was probably the hardest struggle."

It was a pre-league game against Cavan and McCafferty wasn’t even knocked out cold. She got up and tried to continue only for her Donegal manager, and current LGFA President, Míchéal Naughton to substitute her.

The physio warned her not to drive home but at a time when concussion was still an unknown, she hopped in her car and began to drive away, before the symptoms kicked in.

She began to feel dizzy and rang her teammate Roisin Yankee who arrived on the scene and took the wheel – from there the symptoms escalated.

McCafferty went to hospital before she was discharged and given a pamphlet about her injury, and just weeks before her Leaving Cert mocks she suffered the full range.

"They ended up setting up a room for me in school, that I could go up and sleep for half an hour in between classes if I needed it. It was the only way I could make it through the day at the time," said McCafferty.

"I had lost power in my right hand as well, and that was my writing hand. I couldn’t do my technical graphics projects." 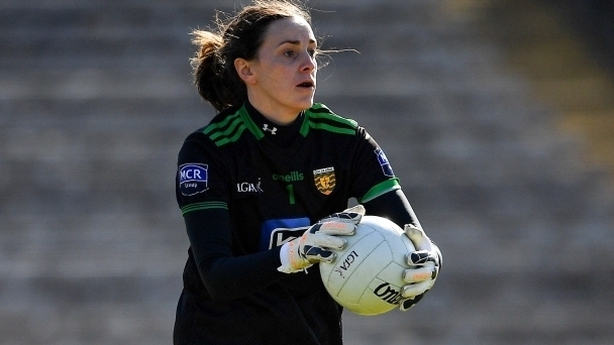 McCafferty’s family were performing heroics behind the scenes, and at the worst of it, her mother Patricia ended up helping her go to the toilet, shower and get dressed.

It was a dreadful time and sports mad McCafferty was desperate to get out on the football field again.

"It knocks your confidence and then knocks you mentally as well," said McCafferty.

"You think you are making it up. There were days that I was just like, ah here what’s going on?

"I remember going and watching a Donegal league game and I came back and I just cried, I was like, I’m never going to be right again.

"I remember crying to my mother, being like, you’re still having to hold me by the hand so I don’t fall over whenever I’m walking. And that was maybe eight weeks after it."

But she did eventually find her way back onto the football field, even though subconsciously she wasn’t ready.

There was a new fear that she had never experienced before and it only acted to increase the underlying anxiety.

"It was in the back of my mind and I didn’t even realise it was there, until one day I was like that is why I am not going for that ball," said McCafferty.

"Or I’m not going for that ball because it was nearly a reflex in my head."

But the LGFA has fought hard to gain a better understanding of the injury and concussion guidelines ensure players are kept safe.

"There was little known about concussion when I got my first injury but it’s great to see what has happened since. The LGFA are being really proactive with it," said McCafferty.

The 30-year-old Termon star was in Bali when the Covid-19 pandemic struck and she had to fly back to Ireland, giving up on the trip of a lifetime a few months early.

She spent some time in the UK in the years prior to that, where she studied to become a physio on a soccer scholarship.

McCafferty ended up playing Ladies football for Roger Casements in Coventry before a stint with John Mitchells in Liverpool, winning an All-Britain Championship in 2017.

One of the early highlights of her sporting career was playing soccer at the World Student Games in the Russian City of Kazan.

And today, when she is not playing football outfield for her club, or in goals with Donegal, you might find her surfing at the nearest beach.

"I did a bit of surfing when I was travelling, mainly in Australia," said McCafferty.

"I have been surfing badly since. It’s what I do to get out, I would be out there for maybe two hours. I forget about everything else. It’s my mindfulness."

But tomorrow her attention is focused firmly on a lethal Meath forward line and an opportunity to win silverware at Croke Park.

"No Donegal ladies team has won a Division 1 league final, it would be a massive bit of history for us," said McCafferty. 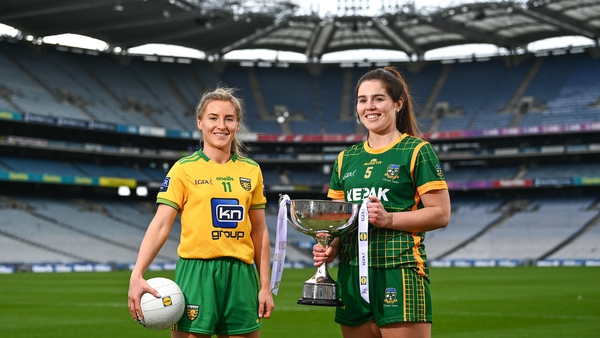 Lidl NFL Division 1 & 2 finals: All you need to know