Waterford manager Liam Cahill says his side should not have any excuses heading into the championship after claiming the Allianz Hurling League Division 1 title with a comfortable win over Cork on Saturday evening.

For Cahill it was a satisfying end to the spring campaign, with silverware an added bonus.

"The prize on offer was to get the league title on offer and we've done that tonight," he told RTÉ Sport afterwards.

"We really wanted to work the league well to give us the opportunity to look at players, as well as trying to get to the latter stages of it and then trying to win it. When we got to a semi-final we put a real focus then on trying to win it.

"It's a good start for us and we shouldn't have any excuses now heading into the championship."

Waterford are the form team in the country, notching nine goals in their last two games. The Déise coach, naturally delighted that the work on the training field is paying off. He also paid tribute to his full-forward Stephen Bennett.

"Any day that you can score goals builds confidence. These lads are training hard behind the scenes to create those chances. Tonight we took some of those and we now want to keep the momentum going.

"Stephen Bennett is a real, top forward. hopefully he stays injury-free heading into the championship because it's going to be pretty rapid, week after week."

Waterford's round-robin campaign in Munster begins with a Walsh Park encounter against Tipperary on 17 April. 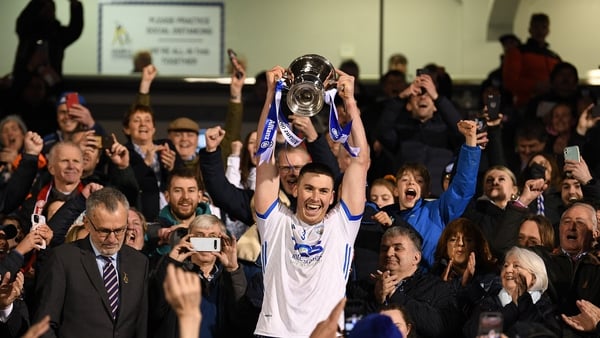