ONLINE
Live blog on all four finals on RTÉ Sport Online and the RTÉ News app.

Highlights of all the weekend's action on Allianz League Sunday, RTÉ2 and RTÉ Player. from 9.30pm.

We've had all four seasons during the league, but the football campaign is set to be finished in calm enough conditions. The Division 4 final is set to be played in cloudy but dry conditions with the sun possibly popping out for the Division 3 decider. Temperatures are set to be eight degrees, feeling like five. It will remain dry but cloudy on Sunday with temperatures between eight and ten degrees. For more go to met.ie.

When Kerry and Mayo meet on Sunday, the Kingdom will be aiming to claim a third Division 1 title in a row for only the second time in their history - they claimed four in succession from 1970/71 to 1973/74. There is a bit of an asterisk beside that, of course, as last year’s title was shared with Dublin in a Covid-19 affected campaign.

The question mark hanging over this final is how much both sides care about it, but given how entertaining the division has been this season it would be fitting if we had a wholly entertaining decider.

After six rounds of fixtures, Jack O’Connor’s side sat top of the pile on an impressive 11 points – but their unbeaten run did go last time out as they were turned over by All-Ireland champions Tyrone on home soil.

Even though they had secured their final spot, Kerry fielded a strong side so O’Connor, who has cut an animated figure on the sideline all season, will want to see a reaction. Previous stints in charge of his home county have brought league titles in 2004, 2006 and 2009 – and he’ll be determined to add more silverware to boost the confidence meter ahead of an All-Ireland tilt.

It’s over a month until Kerry’s Munster campaign against Cork begins – and where that match is played, or if it will be played at all, remains anyone’s guess – but Mayo’s big Connacht clash with Galway is just over three weeks away.

James Horan’s eye is sure to be drawn more towards that, and once their league safety was secured he didn’t hesitate in experimenting with his side. Aidan O’Shea playing as a sweeper was certainly an interesting one.

Even with that, Mayo’s run to the final has been very impressive, especially considering that they didn’t play any matches in their home county due to development work at MacHale Park.

Their battling qualities were clear to see when nabbing a draw against Donegal in round one thanks to Rob Hennelly’s late free, Paddy Durcan’s goal-line clearance at the death to secure a win over Monaghan in Clones and finishing like a train to take down an in-form Armagh who looked set for victory.

Their seven results included a draw, two two-point wins, a one-point loss and a two-point loss – Mayo games are always guaranteed to be entertaining.

Dara Moynihan is expected to be passed fit for Kerry while Seán O’Shea could also return to the squad.

Colm O’Rourke verdict: "A lot of their [Mayo] young players have really come to the fore during this campaign. It must be hard for James Horan to pick his strongest team. But there’s only one David Clifford and he could be the difference between the teams."

Last weekend, Galway travelled to Roscommon with promotion to Division 1 already secured, and with that in mind Tribe boss Pádraic Joyce rang the changes as, inevitably, the Rossies got the win that also secured top-flight football next season and a league final this Sunday.

The Galway team for Croke Park is very different with seven changes in all, but still absent is Shane Walsh who is struggling with a back issue. Damien Comer, who has been nursing a hamstring problem, has been named at full-forward.

That loss in round seven was the only points dropped by Galway throughout the campaign and they have been hugely impressive. That was never more evident than in round six when they travelled to fellow promotion-hunters Derry and absolutely blitzed them 4-11 to 0-12.

Nobody scored more across the four divisions as they racked up 14-99. There has been a great spread of scorers too with those 14 green flags spread between nine different players. Only Comer [four] and Walsh [two] have struck the net more than once.

Roscommon are aiming for their fourth Division 2 title since 2015 – a great illustration of their shared accommodation arrangement between the top two divisions.

They have been promoted to Division 1 four times in the last eight years – including 2022 - and relegated on three occasions.

"We’re no different than any other county, we want to be there [Division 1] and we want to progress."

Colm O’Rourke’s verdict: "Roscommon have had a brilliant league. They’ve been a bit of a yo-yo side but are a team on the move at the moment."

A tale of two managers

Division 3 appeared extremely competitive on paper this year, and you wouldn’t have had too many predicting Louth and Limerick as the pair to escape it – and secure a spot in the All-Ireland series in the process – but here we are.

Four points separated the top six at the end, but there was nothing fluky about either side’s top-two finish: they won big games when they needed to, and their away form was to be admired.

The Wee County took seven points from a possible eight on the road, including an impressive two in Limerick, while the Munster side won all three games in Antrim, Wicklow and Laois.

While clearly two talented squads, it’s hard to escape the impact that the respective managers have had on their sides.

In Louth, the appointment of Mickey Harte in late 2020 raised many eyebrows, and since then he has earned back-to-back promotions and recently agreed to a two-year extension to keep him there until 2025.

In a season where the target man galloped back into fashion with the likes of Armagh’s Rian O’Neill, Kildare’s Daniel Flynn, Kerry’s David Clifford and Monaghan’s Gary Mohan – who all occupied the square at various times and drifted out at others – stealing headlines, it’s perhaps Louth’s Sam Mulroy who has been the most impressive of all.

His seven points against Wicklow in round seven took him over the 200-point mark for his county [according to GAA stats twitter @TheNumbersGael] with the player racking up 14-159 in all since his 2018 debut.

Limerick have had a wider spread of scorers, and in manager Billy Lee they have a coach who is putting together an extremely solid squad.

Go back 22 years and Lee was part of the under-21 management team that reached an All-Ireland final only to lose out to a Tyrone side managed by the man who will be wearing the bainisteoir bib for Louth this weekend.

In 2016, Lee was given the Treaty senior gig, initially on a two-year term, and bit by bit they have been making up the difference, securing promotion to Division 2 for the first time since 2007.

No matter what happens on Saturday, they can look forward to league games against the likes of Dublin, Cork and Kildare next season – exciting times for the county.

Colm O’Rourke’s verdict: "Louth have had great impetus since the arrival of Gavin Devlin and Mickey Harte and they beat Limerick by two points when they met in round three."

Back on the up

Tipperary against Cavan in Division 4 is a meeting of two counties who have really experienced the highs and lows of sport over the last two years.

Their paths have been almost identical during that time. Both caused huge shocks in the 2020 All-Ireland Covid-delayed season as they were crowned provincial champions in Munster and Ulster respectively. The following season, the two counties also fell into Division 4 together.

This year, they again mirrored each other by holding off the challenges of the likes of Sligo and Leitrim to secure promotion.

It’s a final with a difference. Both are destined for the Tailteann Cup unless they can reach a provincial decider, and realistically both have a chance.

In Ulster, Cavan will be expected to get the better of Antrim and that would set up a semi-final with the winner of Donegal and Armagh – neither of whom would be unbeatable.

In Munster, Tipperary are on the other side of the draw from Cork and Kerry so they will fancy their chances too.

What some silverware would do for the winner heading into the championship too.

The only major difference between the sides in recent times is that one – Tipperary – has had a big turnover of players while the other – Cavan – have kept a pretty stable squad.

Tipperary manager David Power is in no doubt that the Premier County are in transition and the likes of goalkeeper Evan Comerford, Alan Campbell, Steven O’Brien, Liam Casey, Colin O’Riordan, Brian Fox and Michael Quinlivan are unavailable for various reasons from the panel that claimed Munster honours two years ago.

Cavan’s record at Croke Park has been poor in recent times, winning just once in their last six visits there over the last decade. The Breffni County’s last trip to the venue was for the 2020 All-Ireland semi-final loss to Dublin and Mickey Graham can call on nearly every player who featured that day.

Colm O’Rourke’s verdict: "Cavan will be favourites – Gearóid McKiernan has been in hot form for them. Just the same as Conor Sweeney has been for Tipperary." 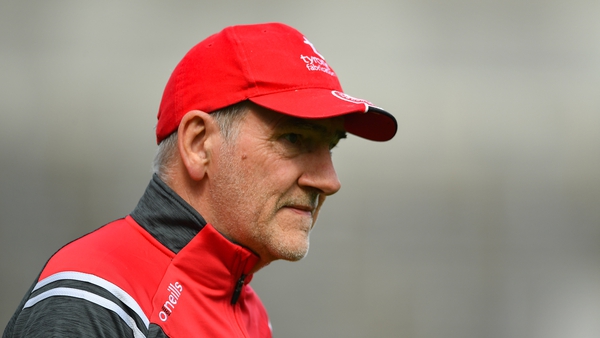 Mickey Harte to remain in Louth hotseat until 2025