Roscommon have been promoted to Division 1 of the Allianz Football League and these two sides will meet again next Sunday in Croke Park in the Division 2 final after Anthony Cunningham's men ran out deserving winners in an entertaining contest at Hyde Park.

Understrength Galway were already promoted but were keen to preserve the only 100% record left of any team in the country, but they were always chasing the game against the rampant Rossies.

Roscommon used the breeze well in the opening half and picked off some quality scores to lead by 1-14 to 0-06 at the interval.

Roscommon scored 1-06 without reply when they had an extra man for ten minutes when Galway wing-back Cathal Sweeney picked up a black card.

Roscommon led by 0-06 to 0-04 at that stage and proceeded to add 1-06 while they had the extra man with Conor Cox firing over a free and one from play and then Ciaran Murtagh kicking three in row from play, much to the joy of the huge home following.

Galway midfielder Niall Daly had stemmed an early Roscommon when he kicked two excellent points from distance to reduce the margin to 0-05 to 0-04 at the end of the opening quarter but by half-time Dessie Conneely was the only forward to find the target.

Roscommon were fired up from the start and used the wind superbly, delivering quick ball into an attack that was full of movement and by half-time they were full value for their 1-14 to 0-06 lead.

Murtagh, Donie Smith, Cox and Cian McKeon led the scoring as they tormented the Galway defence.

Galway hit back with Conneely and midfielder Matthew Tierney scoring but Roscommon went in on a high as Donie Smith and Cox landed excellent points to lead by eleven at the break.

Galway never looked like getting the goal they needed in the third quarter to mount a serious comeback and while they outscored Roscommon by 0-03 to 0-01 in the opening eight minutes, Cunningham's men matched their next three points with scores of their own to lead by 1-18 to 0-12 going into the closing stages.

Johnny Heaney blasted home a brilliant goal to the top left corner with five minutes remaining after Niall Daly had got his fifth point from play, but Cox put seven between them with his fourth point from play.

Both finished with 14 men when Cox and Sean Kelly picked up black cards in stoppage time after a tussle. 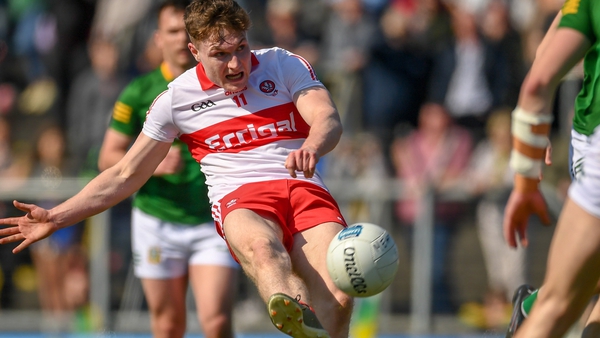